Even the Pretty Blonde Ladies Are Monsters 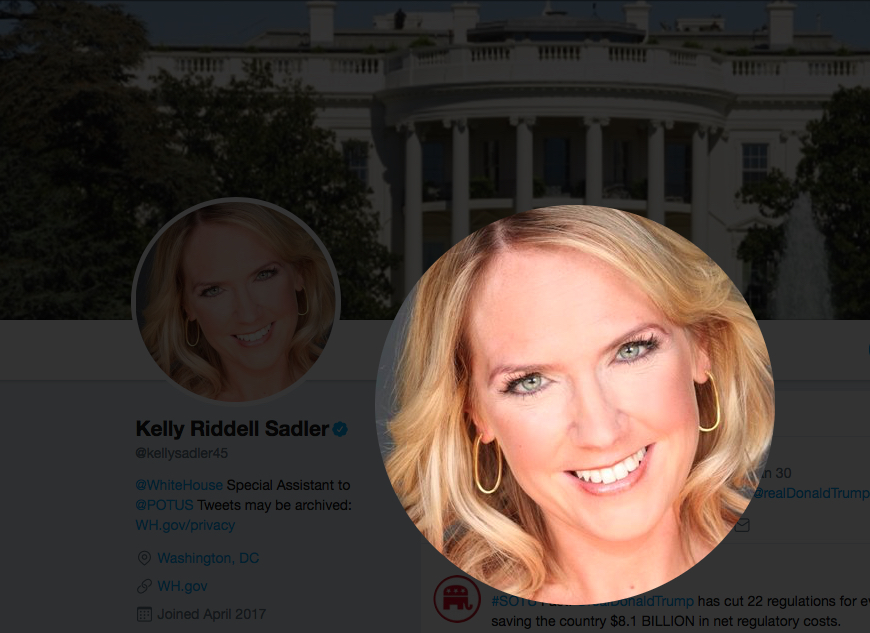 This Kelly Sadler person seems nice, and she has a great smile, and...and...

Special assistant Kelly Sadler mocked Sen. John McCain (R-AZ) during a closed-door White House meeting on Thursday, saying, “It doesn’t matter, he’s dying anyway,” according to The Hill. Sadler made the comment about McCain, who was diagnosed with brain cancer last year, before a group of about two-dozen communications staffers, the outlet reported. It came a day after McCain publicly opposed President Donald Trump’s pick for CIA director, Gina Haspel. The White House didn’t deny that the remarks, which reportedly caused “discomfort” in the room, were made.

These people are bags of animated shit, rolling through our lives in a dumpster that has been burning for months. And they're just eating each other. Nothing that happened today involved a Democrat saying or doing anything. There is so much hate in the Republican Party that there is a very good chance they will destroy each other and feast on whatever remains like the mangiest of coyotes: 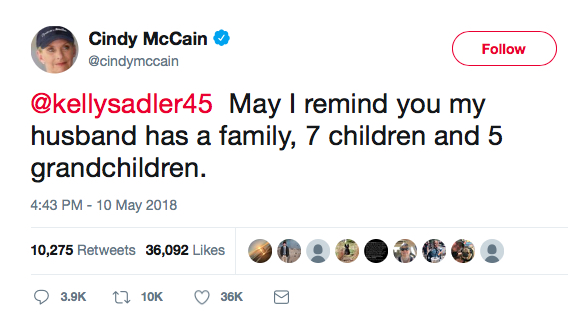 Good God. Just fuck off with these people. #BeBest, my ass.