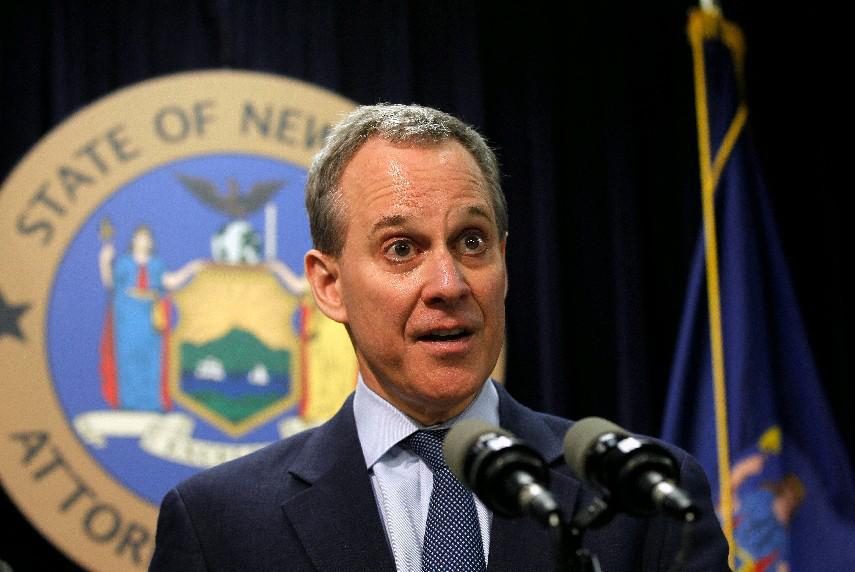 In the Democratic Party, a guy like Eric Schneiderman is gone the minute he appears to be a violent, drunken douchebag. In the Republican Party, he gets to remain in office as governor of Missouri. In the GOP, he can run for the Senate no matter how crazy he is and no matter how young his victims. Why, he even gets to be president:

New York Attorney General Eric Schneiderman, a prominent figure in the #MeToo movement who has taken on disgraced movie producer Harvey Weinstein, abruptly resigned Monday night after The New Yorker published the accusations of women who said he was violent toward them.

In a statement to NBC News, Schneiderman strongly denied the accounts in the 6,100-word article published Monday on The New Yorker's website.

"In the privacy of intimate relationships, I have engaged in role-playing and other consensual sexual activity," Schneiderman said in his statement, which he tweeted publicly afterward. "I have not assaulted anyone. I have never engaged in non-consensual sex, which is a line I would not cross."

This hands a tremendous victory to Donald Trump but, really, it should heighten the fact that Trump never should have been president. Trump is accused of far worse than Schneiderman but, in our crazy, mixed-up world where you're only guilty if you're a liberal, it doesn't matter. The media can't seem to figure that out, but oh well.

You'd think that, after Al Franken, any prominent Democrat who can be fingered as an abuser of women in any way, shape or form would have had the common sense to quit but that's not how we live now. We are locked in a fight for our country's very existence, and this is a huge defeat. Much of the unraveling of Trump's crooked financial empire resided in how Schneiderman could bring state charges if Trump pardoned himself and everyone around him (don't laugh, because it's only Monday).

My gut tells me Roger Stone is behind this. But, my gut also tells me that a prominent New York Democrat (Anthony Weiner, Eliot Spitzer, Sheldon Silver, et al) should never be the nominee for president unless her name is Kirsten Gillibrand. Is that fair? Hell no, but, dammit, when I saw this story, I just about blew a gasket.

We Democrats do not eat our own. We police our own. And Schneiderman is too toxic to stay where he's at, so he's gone. Someone else has to step up now. This is what makes us better and more consistent than the Republicans. We're not handing Schneiderman the party's nomination for president. We're flushing him like the turd he appears to be.

But talk about snatching defeat out of the jaws of victory, man.