White Supremacy is Alive and Well in Tennessee 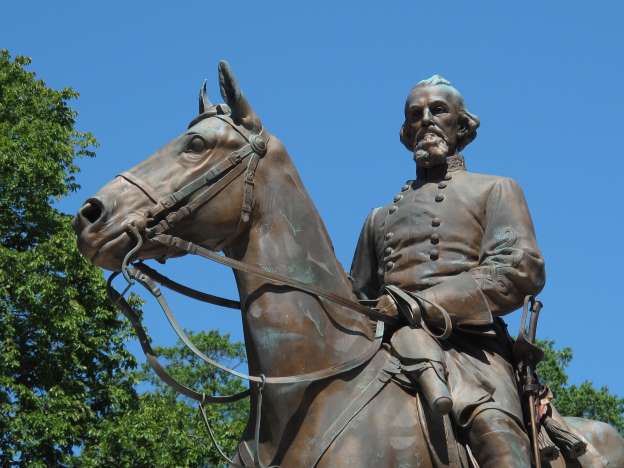 There really isn't a way to be fair to the state legislature of Tennessee. They really, really like white supremacy:

The Republican-dominated House in Tennessee voted Tuesday to punish the city of Memphis for removing Confederate monuments by taking $250,000 away from the city that would have been used for a bicentennial celebration next year.

The retaliation came in the form of passage of a last-minute amendment attached to the House appropriations bill that triggered heated debate on the House floor and stinging rebukes from lawmakers from Memphis.

Rep. Antonio Parkinson began to call the amendment vile and racist before being cut off by boos from fellow lawmakers.

"You can boo all you want but let's call it for what it is," the Memphis representative said.

Don't listen to the boos. Get out and vote, Tennessee. Your Republican-dominated House is a bastion of white supremacy. They love their statues and they're willing to use whatever means necessary to attack any community that tries to move into the 21st Century and deal with past injustices.

There really is an insidious evil out there, and it sustains and feeds the GOP. It ain't about history. It's about maintaining a status quo and rejecting any attempt to reconcile the past. There are millions of good people in Tennessee, and they now have a fight on their hands. They've got to take back their state and send these 'vile and racist' legislators back to where they came from.