What Did Ronny Jackson Lie About? 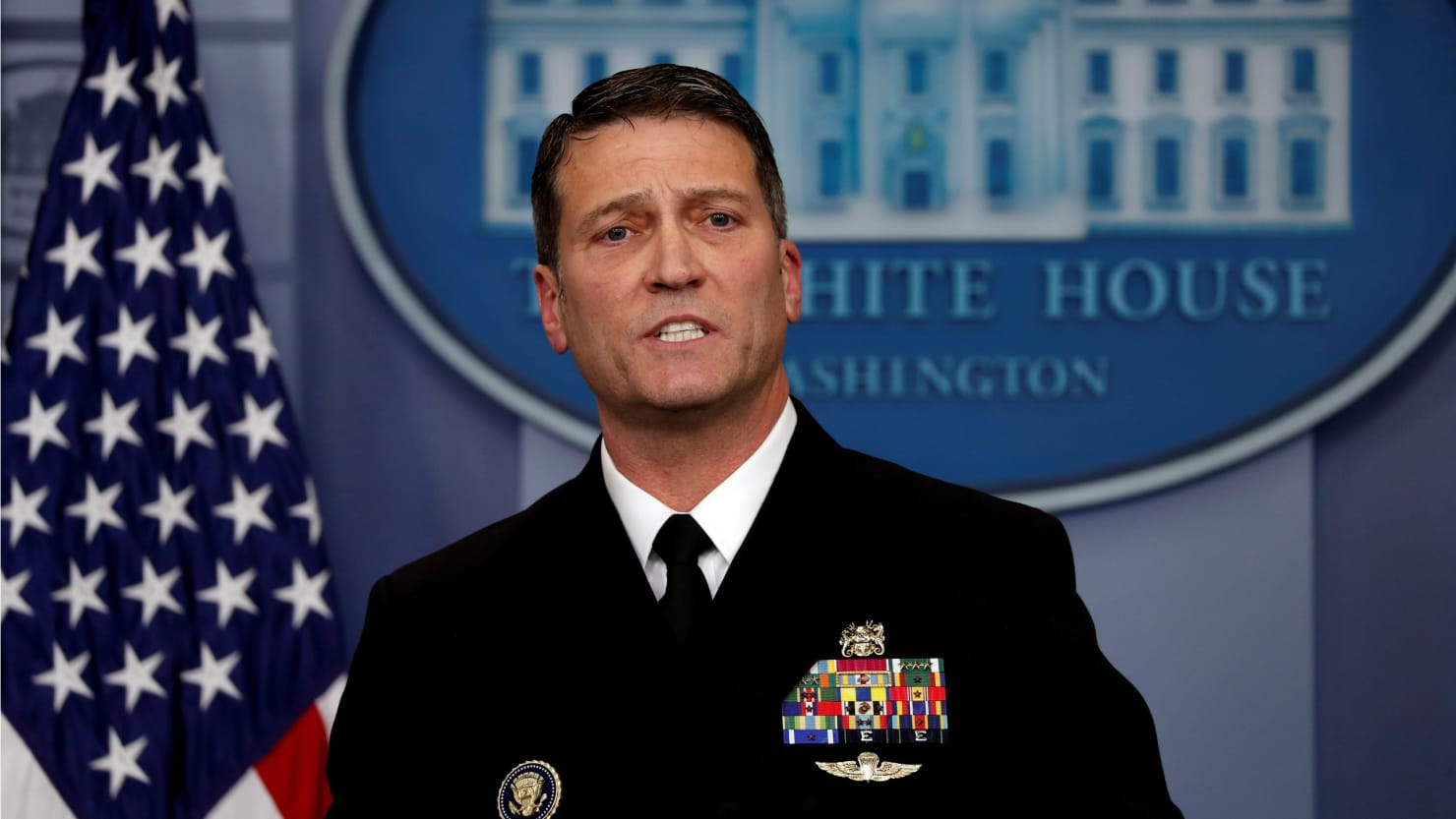 Incompetence has paralyzed the Trump regime. Either Admiral Ronny Jackson lied to the people who were charged with vetting him, or he was never properly evaluated for the role of VA Secretary. He is either a straight shooter caught up in the most poorly run presidential administration in the history of this country or he is an imperfect candidate for a job well above his pay grade:

Republicans and Democrats on the Senate Veterans Affairs Committee are raising concerns about allegations involving Rear Adm. Ronny Jackson, President Donald Trump's nominee to lead the department of Veterans Affairs and are reviewing them to determine if they are substantial enough to upend his nomination.

Committee members have been told about allegations related to improper conduct in various stages of his career, two sources said.

The sources say the committee is in talks to delay Wednesday's confirmation hearing as they try to figure out the allegations.

None of the senators would publicly detail the specifics of the allegations. A White House spokesman did not immediately respond to a request for comment.

Two Republican sources with direct knowledge of the situation say the White House is aware that both Democratic and Republican lawmakers are looking into potential problems. Republican lawmakers and aides on the committee say they are also grappling with the allegations, trying to assess what they mean for Jackson's nomination to the post.

Now, the last time Jackson was given promoted, there had to have been a review of his career and an airing of any allegations against him. Flag officers undergo this scrutiny every time they are promoted. In the past, an allegation like this would have possibly been about the medals he wears. In Jackson's case, he does not have any medals that would seem to be controversial--he does not have a Bronze or Silver Star.

What did he do and who did he do it to? I have no idea. But, if it's serious enough for a Republican Senator to put a hold on him, it has to be bad. This is a group of people for whom standards do not seem to really exist.