Trump is Straight Up Delusional 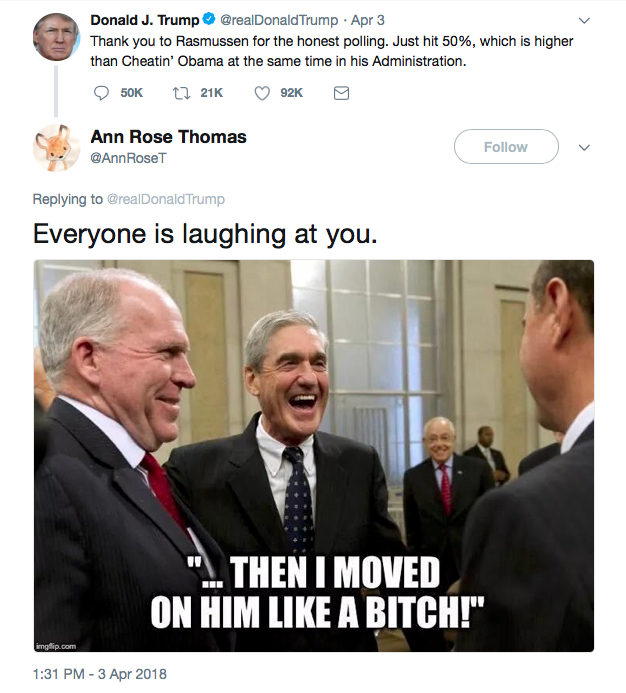 Trump is so divorced from reality, he probably thinks this meme is not about him.

The lengths people are willing to go to satirize and demean this president match how the ultra-hard right felt about President Obama. It was perfectly acceptable to come up with racist shit and throw it at Obama. They hated him because he was so much more capable than any other Republican. He was hated because he literally saved the economies of Western Civilization from disaster. He was never the beneficiary of good coverage from the media, which, if it had been honest, would have highlighted how craven Republicans in Congress were about tanking the economy on purpose to hurt Obama.

Trump's supporters wilt like flowers because of this stuff. It is effective and it mirrors how angry people really are in this country. Trump is not a legitimate president, and the GOP is getting a taste of what that feels like.

If today's Democrats had the same power as the GOP did in 2011, and if they were actively causing our economy to fail, that would be front page, lead story news everywhere.