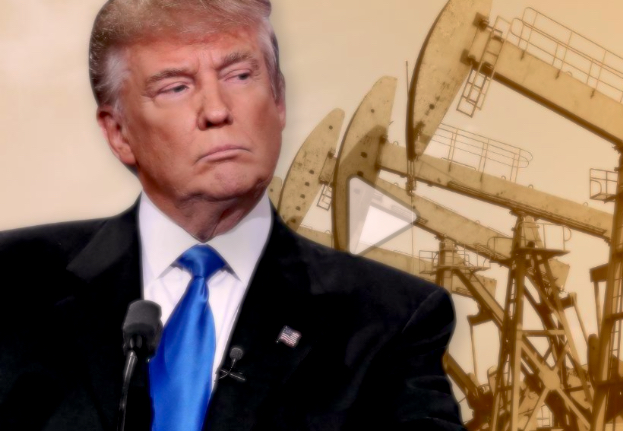 Given everything that has happened in the last week, can you really believe that OPEC's decision to raise oil prices is even on Trump's top 100 list of things he's shitting himself over?

The oil market has caught President Trump in an awkward spot between his pro-business instincts and his populist tendencies.

Trump, a major friend to the fossil fuels industry, took OPEC to task on Friday for the recent surge in oil prices. The price has climbed toward $70 in recent weeks, the highest in more than three years.

"Looks like OPEC is at it again," Trump tweeted. "Oil prices are artificially Very High! No good and will not be accepted!"

Trump is right that OPEC, the Saudi-led cartel, has orchestrated higher prices, as it's known to do. And millions of American voters will probably share the president's outrage if gasoline prices soar as a result.

Yet millions of Trump voters also live in states such as Texas, Oklahoma and North Dakota that depend on the oil industry for prosperity. The 2014-2016 oil price crash cost countless jobs and led to dozens of corporate bankruptcies.

It's a great distraction--the president cares about oil prices! Oh, he's so interested and focused on our domestic economy. He even cares deeply about how this will affect people who are planning their summer vacations.

This is the stupidest fucking country ever. If we had a legitimate president running an actual administration, I might be convinced that this is a going concern. But it isn't. The Playboy model who has ample evidence that Trump likes rough sex might be a top ten concern right now if it wasn't for the fact that his personal lawyer is about to flip on him so that the lawsuit against him filed by the famous porn star can end up revealing that Trump is ramming so much cash into his pants, after groping innocent women, that he has to lie about how much he weighs in order to get onto a helicopter in order to flee charges of treason that stem from his associations with Russia.

Trump is so guilty of corruption and has so many blatant ties to criminals, oligarchs, freaks and sexual deviants that it has descended into farce to try and keep track of all of the scandals swirling around him.

But he cares about oil prices!

Really? As a wise man once said, fuck that shit.