Never Interrupt Your Enemy When He is Making a Mistake 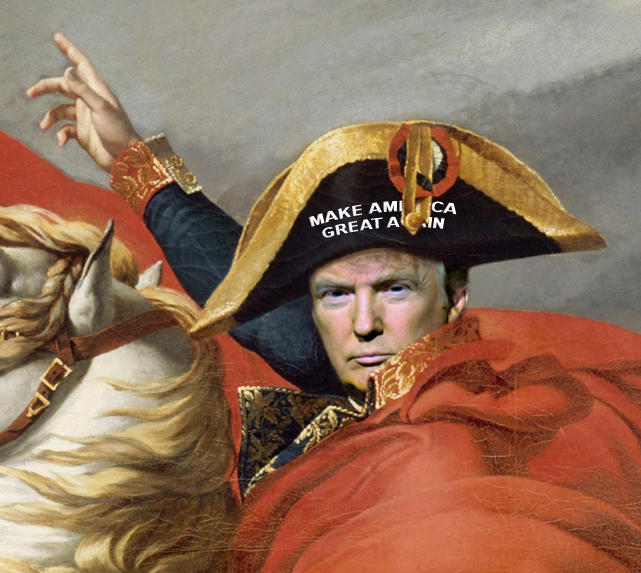 Trump is the center of a universe that does not care about this thing we call the rule of law:

President Donald Trump is considering firing Deputy Attorney General Rod Rosenstein, multiple people familiar with the discussions tell CNN, a move that has gained urgency following the raid of the office of the President's personal lawyer.

Such an action could potentially further Trump's goal of trying to put greater limits on special counsel Robert Mueller.

This is one of several options -- including going so far as to fire Attorney General Jeff Sessions -- Trump is weighing in the aftermath of the FBI's decision Monday to raid the office of Michael Cohen, the President's personal lawyer and longtime confidant. Officials say if Trump acts, Rosenstein is his most likely target, but it's unclear whether even such a dramatic firing like this would be enough to satisfy the President.

Trump has long been angry at top Justice Department officials, who he feels have not done enough to protect him from Mueller's ongoing probe. But two sources said the raid could mark a tipping point that would prompt the President to take more aggressive action against the special counsel.

When Trump finds a horse he likes and makes him a senator, let me know. When Trump shoots someone in the street and laughs because he can't be indicted, come find me and tell me about it. When Trump is dragged out of the White House, pulling the drapes behind him, tell me when it's on TV.

We are living in the midst of a massive farce, and all we can do is watch while this man's ego delivers a highly-rated television spectacle. The man's personal attorney had his entire life tossed before his eyes, and, a day later, the man is so terrorized he cannot help but praise the men who did it. Like any good mouthpiece, Cohen knows what they have on him, and he knows what will happen when the hammer drops.

This worthless Republican Congress (there's an oxymoron in there somewhere) could remove Trump in a matter of days. They will not. Trump is the law, Trump is the state, Trump is the party and they do not care. Their silence is assent, and their place in history is secure.

A massive mistake is being made before our eyes. Oh well. It was a nice country until someone decided to deliver a fuck you message with their vote.