Michael Cohen is Going For a Ride in the Barrel 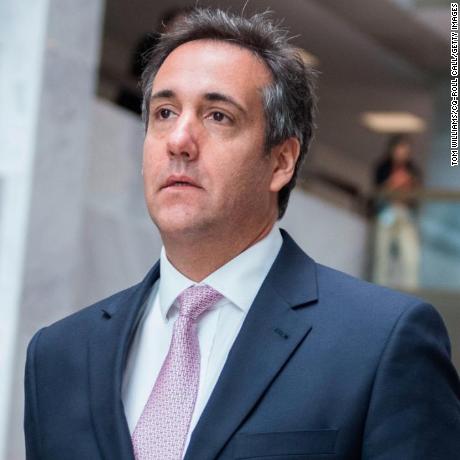 This is the most important story of the year so far:

The FBI raided the office of Michael Cohen, a personal lawyer and confidant of President Donald Trump, The New York Times reported Monday.

Stephen Ryan, a lawyer for Cohen, said the US Attorney's office for the Southern District of New York had executed "a series of search warrants and seized the privileged communications" between Cohen and his clients, according to the Times.

Cohen's job is to guard Trump's right flank. He has spent years keeping Trump out of legal jeopardy. And now the Federal Bureau of Investigation has "privileged communications" between Cohen and his clients. Oh, that should make for lovely reading. It should go something like this:

"Michael, make this so-and-so bitch go away or I'm going to cut you loose!"

"Yes, boss. Can I get reimbursed this time?"

"Whatever, you greasy fuck. Just make it go away."

Well, Cohen might have a thousand clients, but only one of those is the president. And now the FBI knows everything Trump has been telling Cohen since the day they started working with one another. Trump is now caught up in whatever civil litigation Cohen has been engaged in on his behalf, probably as the ultimate un-indicted co-conspirator.

Say whatever you want about the FBI, but Trump's handpicked Director and Trump's Justice Department just executed a brazen attack on the very foundation of Trump Incorporated. And this is what? Barely a day or whatever after Trump's company begged for the government of Panama to intercede on its behalf?

Tonight, I would imagine, cruise missiles will rain down on Damascus and Trump will frantically start wagging the dog in order to get us into a war. Wray and Sessions should be fired immediately. Someone better put a 24 hour watch on Jay Sekulow. Trump is now surrounded by a howling mob of G-men who are out for blood. But he has John Bolton to help him pick a sufficiently weak adversary that he can lead the country into war against in order to soften the blow.

It's all turning to shit at once, and Trump has yet another existential crisis on his hands. Only the panicked response of a man so completely and utterly guilty of numerous crimes will do. Can a man of Trump's age run for the limo and get on a plane out of town before he's arrested? Or will they have to hustle him out of the basement and into the sewers of the District of Columbia? The rats will prove to be fearsome adversaries, but don't worry. Their screeching will remind Trump of home. He'll ask one of his Secret Service agents if they're in Manhattan already. Trump's last stand will be in the flaming, burned out hell of Trump Tower. I suspect he'll be virtually alone by the time Mueller sends the men to arrest him.

I mean, holy Goddamned shit. They just blew through everything Cohen had today, didn't they? I'll bet they left everything turned upside down.