Democrats Will Save Your Pension, If You Let Them 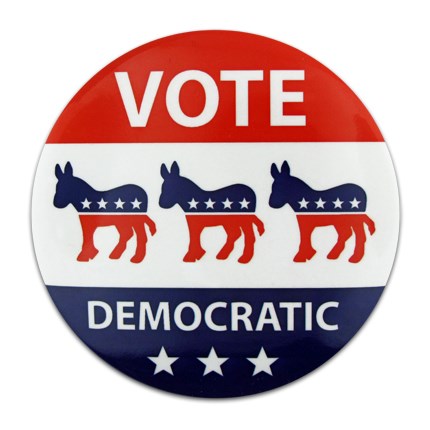 Trump and his minions are not going to lift a finger to save anyone's pension:

More than 1 million workers and retirees could lose their pension benefits within 20 years.

Many of them were construction workers or truck drivers who belonged to a union and paid into pension funds set up to cover workers from multiple employers.

But about 100 of these pension plans are expected to run out of money in the next two decades, according to a report from the Center for Retirement Research at Boston College.

Lawmakers on both sides of the aisle agree that something must be done. A bipartisan committee headed by Republican Senator Orrin Hatch and Democratic Senator Sherrod Brown was created earlier this year with a mandate to come up with a legislative fix by November.

"A number of the country's biggest multiemployer pension plans are approaching insolvency, which poses a threat of small businesses going bankrupt, retirees seeing their benefits cut, and taxpayers getting stuck footing the bill," Hatch said in a statement.

This is a demographic problem. The article goes on to explain how there are more people taking money out of the plans than there are people paying into them. Well, guess what? Someone has to do something to fix that imbalance, and that means tough choices and dealing with reality. And is it asking too much for that one million people to stop voting against their economic self-interests and to vote for the party that wants to solve the problem?

Does that sound like anything that the GOP is interested in doing? No, Democrats are going to have to fix this problem, and tons of other problems, and they'll have to raise taxes to do it. The Republicans will swoop in and say, "look at all of these tax and spend liberals," and they'll win votes and seats on a promise of doing away with high taxes for the wealthy.

I'm getting sick of this crap. Trumpism is a temporary thing. Once this whole crew of thieving bastards is hurled into the streets, permanently unemployed and disgraced, the adults are going to have to fix everything. I wish the American people would grow up and realize that you can't get magical fantasy benefits to rain down on you in exchange for nothing.