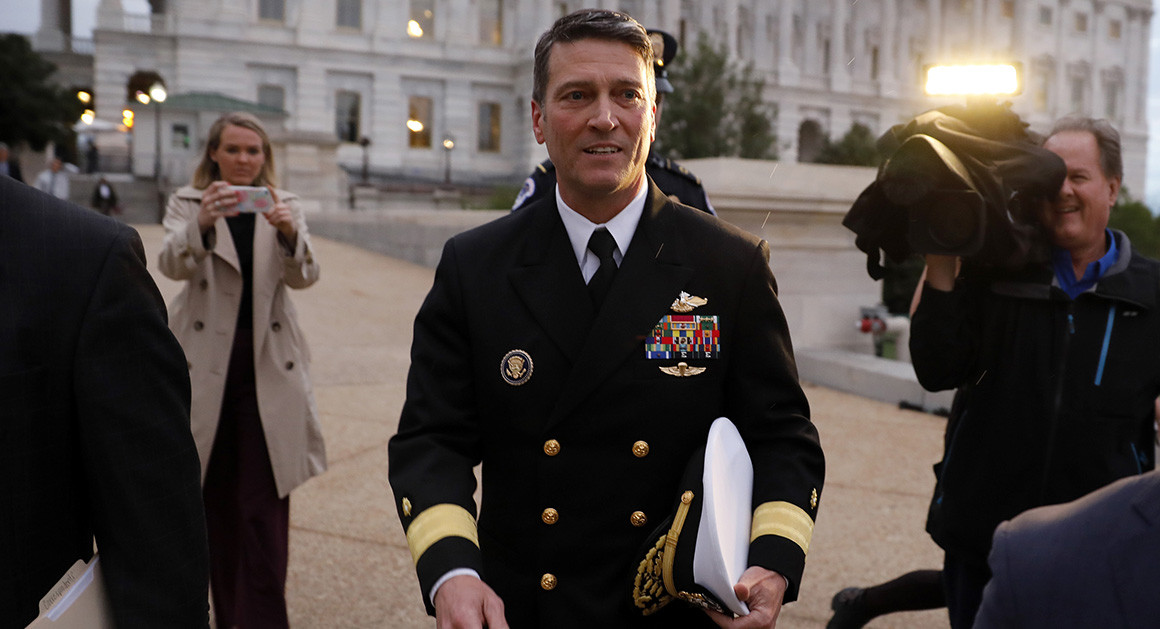 The Trump Regime has known about Admiral Ronny Jackson's unprofessional conduct for a long, long time:

The previously unreported incident is the first sign that serious concerns about Ronny Jackson's conduct had reached the highest levels of the White House as far back as September -- months before White House aides furiously defended Jackson's professionalism, insisted he had been thoroughly vetted and argued allegations of misconduct amounted to unsubstantiated rumors.

The episode -- detailed in three memos by Pence's physician -- is also the first documentation that has surfaced involving a specific allegation of medical misconduct by Jackson. It adds to a series of significant allegations leveled by unidentified current and former colleagues, including that he casually dispensed prescription drugs.

They didn't do anything about it! They kept him in his job and then they tried to fail him further upwards and make him a member of the cabinet! They tried to put this out-of-control maniac in charge of the Veteran's Administration!

They knew who he was and they did nothing about it. What a disgrace.