Alexander Torshin and the NRA 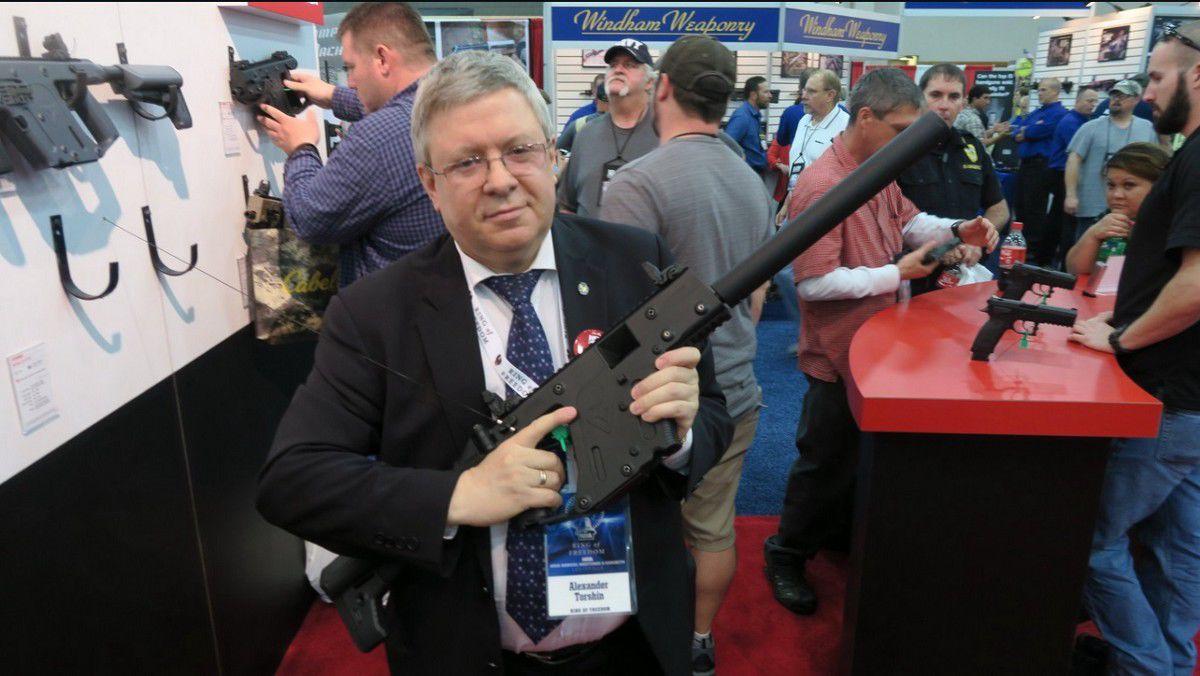 Meet Alexander Torshin. He's a Russian citizen with strong ties to Vladimir Putin. He's also in cahoots with the National Rifle Association. This fact seems to be causing a bit of panic in the Northern Virginia headquarters of the NRA:

The National Rifle Association is setting aside years of documents related to its interactions with a Kremlin-linked banker, as the gun-rights group appears to be bracing for a possible investigation, according to sources familiar with the situation.

The NRA has faced fresh scrutiny from congressional investigators about its finances and ties to Alexander Torshin, one of the 17 prominent Russian government officials the US Treasury Department recently slapped with sanctions. The gun-rights group has said it is reexamining its relationship with Torshin, who is a lifetime NRA member, in the wake of the sanctions.

The renewed attention has highlighted the close-knit if sometimes uneasy alliance between top NRA officials and Torshin -- a relationship that ensnared members of Trump's team during the presidential campaign, inviting further congressional scrutiny.

Those inquiries could shed light on the tightly held fundraising practices and political activities of the NRA. The political powerhouse shelled out more than $30 million in 2016 to back Donald Trump's candidacy -- more than it spent on 2008 and 2012 political races combined, according to the Center for Responsive Politics. Vice President Mike Pence is slated to speak at the National Rifle Association's annual convention in Dallas next Friday, an official told CNN.

The NRA recently found itself facing allegations that the FBI was investigating whether Torshin illegally funneled money through the group to bolster Trump, according to a McClatchy report. The NRA has publicly denied any contact from the FBI and insisted it hasn't accepted illegal donations.

Nothing will get done about this unless and until Democrats hold some sort of power in Washington D.C. and can use the power of the subpoena to compel the stuff that the NRA refuses or "forgets" to release to investigators. I wouldn't expect anything to come of this any time soon.

Anybody with a brain can see that Trump and everyone who enables him to remain in power is aligned with Putin's regime. One of Trump's most powerful enablers is the NRA. If they withdrew their support from him, and from any member of Congress that keeps him in power, the entire GOP would collapse.

What should trouble every American is that any organization dedicated to protecting and preserving the rights of the citizens in this country that takes money from the Russians is essentially making a bet against freedom. If you believe in the idea of America, you're going to reject help from any Russian who walks in with a bag of filthy, stolen money. There is no honest cash in Putin's Russia, and there is no desire to "help" anyone. And there's simply no way selling unnecessary guns to scared Americans who want to shoot people of color because they've been fed lies is preserving freedom.

Russia is not our friend. There is no one in Russia left with an honest ruble in their pants. There is, however, a stated objective to destroy Western democracy and assert Russia's place in the family of nations. There is a goal of undermining every decent, functioning institution in order to make democracies fall into chaos and disorder. And there's a direct line between how this happened with the help of people like Donald Trump, the Mercers, and the NRA. Far too many Americans have deluded themselves into thinking that the NRA cares about their rights. No, suckers. The NRA wants you to be afraid, and they want you to arm yourself with fifty guns you don't need. And why stop at fifty when a hundred will make you just that much safer?

How do you like your treason served up to you? With a little borscht?