Trump Stole the Election and Everyone Knows It 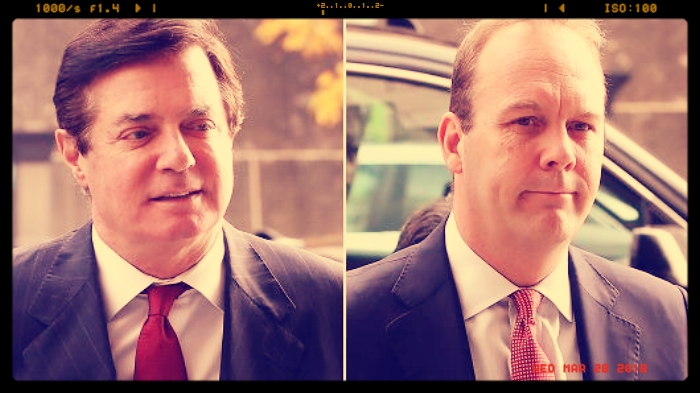 Special Counsel Robert Mueller seems to be telling us that there was, in fact, collusion between the Trump campaign and the Russians:

The FBI has found that a business associate of former Trump campaign chairman Paul Manafort had ongoing ties to Russian intelligence, including during the 2016 campaign when Manafort and his deputy, Rick Gates, were in touch with the associate, according to new court filings.

The documents, filed late Tuesday by prosecutors for special counsel Robert S. Mueller III, also allege that Gates had said he knew the associate was a former officer with the Russian military intelligence service.

These are the guys that helped Trump bulldoze through our cultural and political norms and steal the Republican nomination for president. It was supposed to be Clinton vs Bush and it ended up being a road trip through hell. Once the nomination was secure, the fix was already in. Manafort was fired shortly thereafter, but Gates stayed on well into the transition and was a big part of the inauguration of this president. The presence of Gates ensures that there are severe legal problems ahead for Trump and his merry band of election thieves.

Imagine any fucking Democrat anywhere doing any of this shit, and tell me we're not living under a double standard in terms of what it allowed to go on. The GOP is a complicit shit show, and people need to wake the hell up.

How can any reasonable person conclude that Trump is the legitimate president? He's the least legitimate president in our country's history, and that includes presidents that won with backroom deals and with the help of the Supreme Court. Trump is president because a handful of Republican members of Congress have sold out the country. They simply do not believe there will ever be an accountability moment for their actions. And, let's face it, there are too many stupid people who are tolerating something awful right now. You can't convince me they don't know Trump is a fraud and that his connections to the Russians aren't ultimately going to bring about the worst constitutional crisis we have ever faced.

The 2016 election was stolen. We, as a democracy, should steal it back and invalidate the results.