These Kids Are Kicking Ass Today 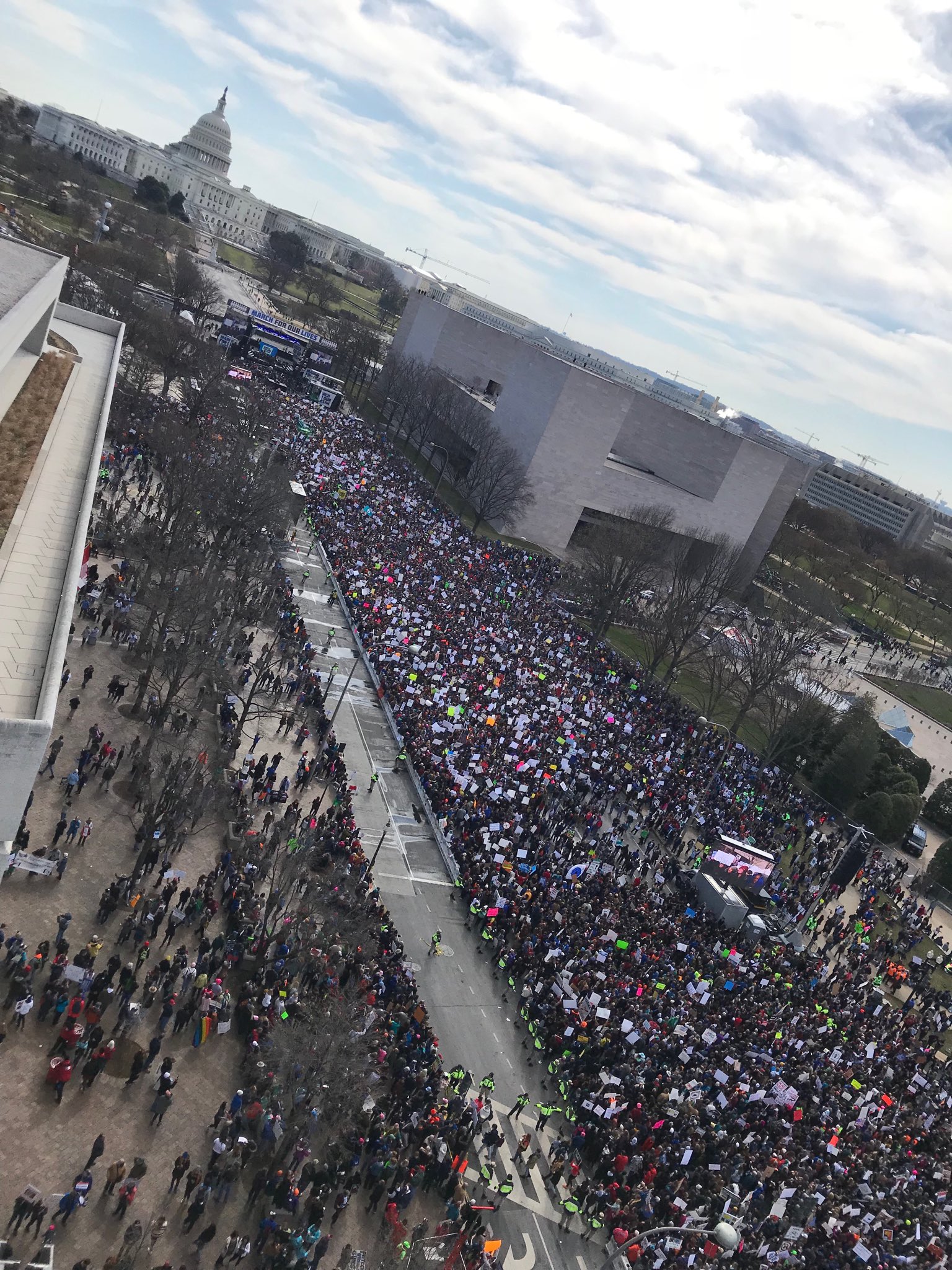 Everyone in the government better be paying attention today because these kids are kicking some serious ass right now:

"My message for the people in office is, you're either with us or against us," Stoneman Douglas survivor and student activist Kasky said last month. "We are losing our lives while the adults are playing around. And we have received endless support from your generation and we thank everybody for that immensely because we really appreciate it."

We saw the Women's March last year; we saw the peace marches against the Iraq War in 2003 receive little or no coverage. Adopting the "you're either with us or against us" completely mirrors George W. Bush's admonition to Americans in the beginning days of the War on Terror, but in a way that should tell everyone to pay attention to the goals. We need comprehensive, substantive gun control legislation right the fuck now. You can be on the side of good, or you can stay on the side of evil.

I'm sorry, but anyone who can change the arc of the discussion about gun control in this country as effectively as this deserves to be praised.

Two people need to be paying attention today. One is Trump, and he's mentally unfit for the challenges ahead. This will not change him or motivate him to do anything other than make it about himself. The other is Bernie Sanders, who is not going to get away with coopting this movement, given his extremely poor record on gun control. I sincerely hope Sanders does not preach to us today because I may blow a gasket.

This reminds me of the Civil Rights movement and the protests against the Vietnam War. It really is a movement, and a sea change in public opinion, and it is the beginning of a blue wave that is going to sweep countless Republican hacks out of office.

These kids aren't done kicking ass, that's for sure.