The Russians Have Gone Too Far 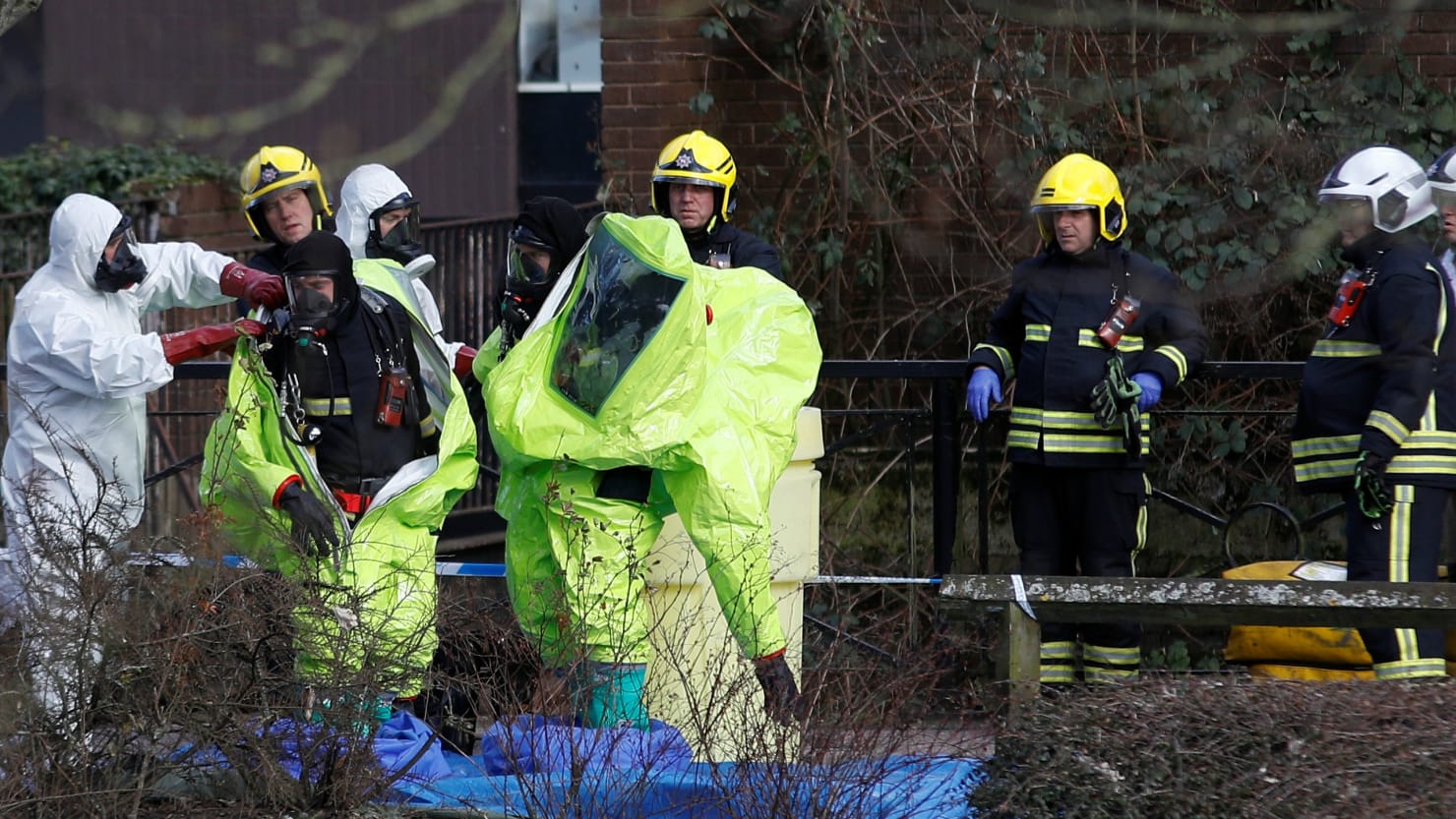 Britain has a useless Prime Minister. Her government is not up to the challenge of responding to the Russians:

British lawmakers have voiced their anger over the “brazen and reckless” attempted murder of a former spy using a deadly nerve agent, with one accusing Russia of having potentially committed an “act of war.”

Former spy Sergei Skripal and his daughter, Yulia, remain in critical condition in the hospital after they were found unconscious on Sunday as a result of being exposed to an as-yet unspecified nerve agent. The police officer who first responded to the scene, who had been in intensive care, is now “stable and conscious” and has been named as Sergeant Nick Bailey.

Local newspaper the Salisbury Journal reported that police had cordoned off the graves of Skripal's wife and son, appearing to confirm previous reports that their deaths are now part of the ongoing investigation by British counter-terrorism police. Liudmila Skirpal died of cancer in 2012, and Alexander Skripal died in St. Petersburg last year.

As speculation mounted that Russia was responsible for the attack, the British government’s Home Secretary, Amber Rudd, said: “The use of nerve agent on UK soil is a brazen and reckless act. This was attempted murder in the most cruel and public way.”

But she added: “If we are to be rigorous in this investigation we must avoid speculation and allow the police to carry on their investigation. The investigation now involves hundreds of officers following every possible lead to find those responsible.

Britain should go straight to NATO and invoke Article 5 and begin the process of preparing a response to this threat that will, once and for all, convince Russia to stop carrying out these assassinations. I don't care if it's polonium or nerve agent or a blow dart filled with poison--this bullshit has to stop.

I do agree that it is an act of war, and the United States should get involved. We are locked in a struggle with Putin's regime and it involves a cyberwar, a struggle to keep Russia from interfering in Western democracy, and now it involves reckless attacks with chemical weapons, albeit on a small, localized scale. Trump is badly compromised by the Russians. This means we are looking at an attack on an ally and our own government will be as feckless as possible.

Every single property in London owned by an absentee Russian oligarch should be seized outright and the Russian ambassador should have already been sent home. If you want to get back at Putin, start by hurting everyone who benefits from his kleptocratic ways.