The Legitimization of Corruption 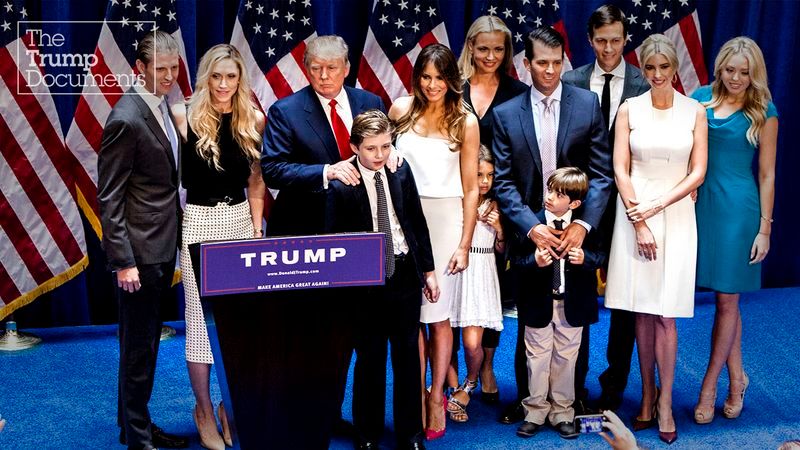 This is one of those rare moments of insight and clarity, and it helps understand the big picture as it relates to Trump, his family, and the essential work of Special Counsel Robert Mueller:

On July 27, 2017, near the end of the one of the most compelling hearings yet on the Trump-Russia affair, Sen. Sheldon Whitehouse (D-R.I.) offered an extraordinary insight. It shot through the proceedings like a comet.

"Corrupt kleptocrats and international criminals make themselves rich in criminality and corruption," he said. "Then at some point they need the legitimate world in order to protect and account for their stolen proceeds."

What? Whitehouse sketched a new bipolar world order, in which the so-called legitimate world, which includes the United States, is not at war with, but rather deeply enmeshed in, the corrupt one, where governments are built on bribery, kleptocracy, electoral fraud, slush funds, legal plunder and nepotism.

Whitehouse then addressed William F. Browder, the hedge funder turned global finance reformer, who was giving testimony on foreign-agent registry violations. "How good a job is the legitimate world doing about fencing off the corrupt world rather than facilitating it? "

Browder didn't mince words. "The legitimate world, and America in particular, are failing in an absolute way," he said. The corrupt "steal the money, commit their crimes and kill the people, and then come here in the legitimate world with the rule of law, with the property rights, and with all the protections and keep their money."

Crooks seeking legitimacy are not fenced out in America. The U.S. is teeming with enablers champing at the bit to serve rich thugs: lawyers, lobbyists, bankers, security firms, consultants and PR people.

We have seen this struggle up close since the beginning of 2016. It has been an exhausting and overwhelming trip through the dark heart of American political culture. The Republicans in Congress who could stop this descent into graft and corruption have done nothing because of what it will cost them in turns of power. They know the next three election cycles are going to obliterate them so, in the interim, they are going to watch Trump and his family steal everything and hope to minimize the damage.

Trump is the purveyor of Trumpism, or the use of politics to enrich himself because there are just enough Republicans who are willing to look the other way. It is an ideology separate from conservativism and we can see that now because many actual conservatives are openly opposing Trump because they are unwilling to sell out. Trumpism is just a fancy word for corruption that happens in plain sight because the people are willing to believe that the news is fake, the accusations are tainted because they come from liberals, and the courts won't do anything.

Robert Mueller and his team are working to catch up to this, but they are being careful because Trump and his cronies know that they can use the courts to delay any accountability. Each and every move by the Special Counsel against Trumpism has to proceed with an overwhelming amount of evidence and testimony. What would have taken a few months to unravel in another time is taking longer because Mueller and his team are fighting a president who is protected by over half of the Congress. This is no small thing.

Trumpism opens the door for the corrupt world to become part of our established  order. It allows people who shouldn't be allowed to keep the money they've stolen to buy his condos, live in his tower in New York City, and enjoy the protections of the American judicial system. Trump and Paul Manafort are just the vessel for this corruption. They're the ones who have been opening the door for the corrupt world to flood into this country and take root. The GOP has so completely and utterly become corrupt that there is no trusting them anymore. They represent an occupying power, one that has taken hold of our democracy and turned it into a protection racket.

Really, if you can't believe that Russians would steal an American election, send millions to the NRA, and align themselves with neo-Nazi loving white supremacists, I'm not sure we can save what's left of our country.