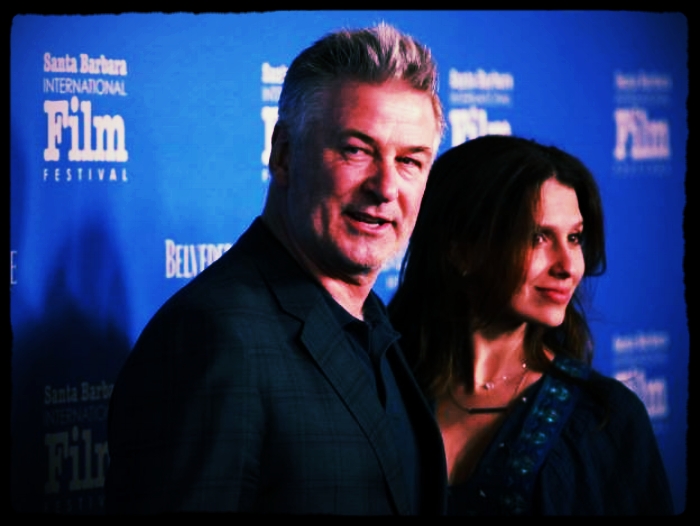 The use of satirical humor to make Trump seem "relatable" or "normal" in any way undercuts how dangerous he is for American democracy:

Anyone wondering what President Donald Trump thinks of Alec Baldwin’s impression of him on “Saturday Night Live” no longer has to wonder. The president tweeted about it Friday morning.

“Alec Baldwin, whose dying mediocre career was saved by his terrible impersonation of me on SNL, now says playing me was agony. Alec, it was agony for those who were forced to watch. Bring back Darrell Hammond, funnier and a far greater talent!” the president wrote.

(Hammond, of course, was best known for portraying Bill Clinton.)

The tweet, which appeared around 6 a.m. EDT, was actually Trump’s second of the day about Baldwin. It followed a previous tweet that referred to the actor as “Alex” and also misspelled “dying” as “dieing.”

The errant tweet was removed when the replacement appeared.

Satire works when there are actual boundaries that the figure being satirized won't cross. Trump respects no boundaries, therefore satirizing him is a useless endeavor unless he is depicted as a morbidly obese crazy person flinging his own shit into a fan pointed back at his face. The gentle teasing if Washington D.C. insiders is received with shock and spite when it is directed at Trump. We are in a full-blown crisis and the President of the United States is probably compromised by the Russian government. What might have worked in other eras is not working now because this is all beyond the scope of comprehension for the citizens of this country who are paying attention and know that our democratic institutions are at risk.

No matter how many times Will Ferrell made George W. Bush look clueless and self-absorbed, there was simple no chance that Bush was going to have Ferrell arrested or audited by the IRS. Ferrell could do his thing, and Bush would engage with him and respect the need for free speech. During the Bush years, there were violations of this custom, but they were not consistent or showed a persistent abuse of power. For Bush, the portrayals were devastating in terms of his public profile. But, no matter how he felt privately, there were no horrible repercussions for Ferrell's satire. This is not how things are today.

Trump is different. On a regular basis, he is actively inciting hatred against the press, his enemies, Congressional Democrats, Hillary Clinton, and anyone in America he views as an enemy. This includes actual citizens that Trump is not afraid to punch down upon. He attacks people based on their race. He attacks them viciously and without regard for consequences. He defends neo-Nazis and calls an out of work man trying to play football professionally a son of a bitch.

This includes Alec Baldwin, who already has his fair share of problems because of his past behavior and his outspoken liberal beliefs. No one, whether they are liberal or conservative, should suffer death threats and public acts of violence for their speech. As reprehensible as James Woods and Jon Voight are, they do not deserve to be the victims of any kind of violence, whether those are overt threats or having persons assault them in a public place. Baldwin is a terrible choice to satirize an out of control president because he, himself, has been so out of control so often. Baldwin's satire doesn't advance the discourse or inform or enlighten anyone--it just makes people cringe because it highlights the destruction of normalcy.

This is what Trump has been destroying since the early days of the 2016 campaign--he hits out at anyone who attacks him, knowing his followers will use violence and intimidation to "support" him; this is why Trump repeatedly offered to pay their fines for such atrocious acts. This is so beyond the concept of "normal" in American political discourse that you can simply call it "Trumpian" and people know what you're talking about. Trump forfeits any decent treatment afforded by gentle satire because of this. Making jokes about how he acts as president covers up the fact that he should be condemned and rejected because of the violence he incites against his opponents.

Public discourse and civility are under attack by the Trump regime. When Saturday Night Live portrays Trump as bumbling, and makes him look "Bush-like" or "Nixonian," they are normalizing him as being just like all previous Republican presidents. The extent to which Phil Hartman "normalized" Ronald Reagan is worth noting. When Hartman portrayed the genial, self-effacing and noticeably detached Reagan as a highly-engaged, hands-on genius with heightened linguistic and analytical skills, it was a brilliant satire on reality. It did, however, do the country a great disservice because it was evident as early as 1984 that Reagan was mentally impaired.

To do the same with Trump--to portray him as a public bumbler who somehow becomes engaged and competent in private--would be a sick joke. The Trump who tweets is the real Trump--violently self-absorbed, petty, and given to impulses that should have disqualified him from the presidency. Whether he is severely mentally impaired is open to debate.

Alec Baldwin is not Trump's match in any way, shape or form. Baldwin is not a leader in the Democratic Party or even in the culture. His past outbursts make him unsuited for the role of leading the resistance against Trump. There are many more highly qualified people who can do that job. Oprah Winfrey, Stephen Colbert, and Bette Midler are all more effective at opposing Trump in the cultural sphere. Politically, we have a number of Senators, Representatives, and Governors who are handling that job expertly.

To set Baldwin up against Trump is to make a huge tactical error. The right wing can use all of Baldwin's publicly stated misogyny and bullshit against him. He has never been the perfect vessel for attacking Trump; there are better ways to handle this without making Trump a figure of pathos or someone deserving of sympathy. He is a craven manipulator who threatens the public decency. The fact that you can say that about Trump and Baldwin means there's a problem at the heart of the satire itself.

I'm biased. I think Trump should be portrayed as a howling, feces-flecked man-baby with a bottle and a soiled diaper. I think his cruelty should be on display at all times. He is surrounded by complicit enablers who should be called out as such. Baldwin's portrayal does not capture that, and that's why I think it should be a radically reimagined impersonation. Given all that has happened, I just don't think Baldwin is the right person to put Trump on display.