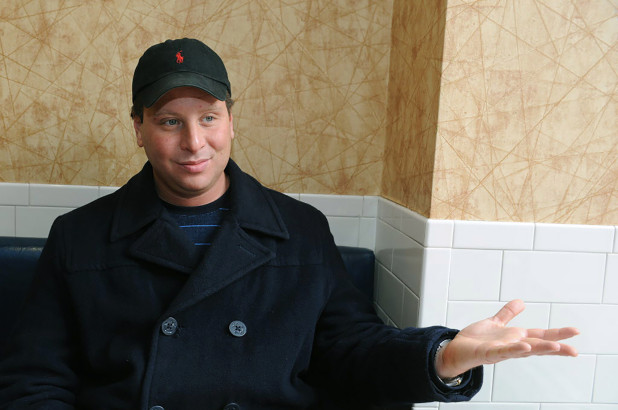 Sam Nunberg likes to refer to Donald Trump as an idiot. This is probably the only thing that he gets right on a consistent basis:

In a defiant pair of CNN interviews, former Trump campaign aide Sam Nunberg said Monday he refuses to comply with a grand jury subpoena in the Russia investigation.

"Screw that," Nunberg told CNN's Gloria Borger. "Why do I have to go? Why? For what?"

And in a separate interview with CNN's Jake Tapper, Nunberg said he blamed the investigation's existence on President Donald Trump's firing of James Comey as FBI director -- including an interview where Trump said he was thinking about the Russia investigation when he fired Comey and the fact that he held a meeting with top Russian officials in the Oval Office.

"Donald Trump caused this because he's an idiot," Nunberg said.

Nunberg is everywhere because he's in a personal meltdown. If there were any ethics left in the media business, someone would be chasing Nunberg with a butterfly net instead of a microphone, but that's not how things are done anymore. The media machine needs ratings, and Nunberg is good for this weekly news cycle. The fact that he chose a Monday for his descent into madness means we'll have at least a week of this nonsense.

They're all traitors. They're all going to prison. Why are we even debating this anymore? There is nothing genuine about what this man has to say. There is nothing serious, nothing useful, nothing instructive watching anyone who ever worked for Trump go on television and spew bullshit.

There is an active effort to discredit the Special Counsel, and this asshole it part and parcel of it. Whoever put him up to this ought to enjoy their time "in the barrel" when it happens, because it's happening soon.