Republicans Won't Do Anything to Save This Country 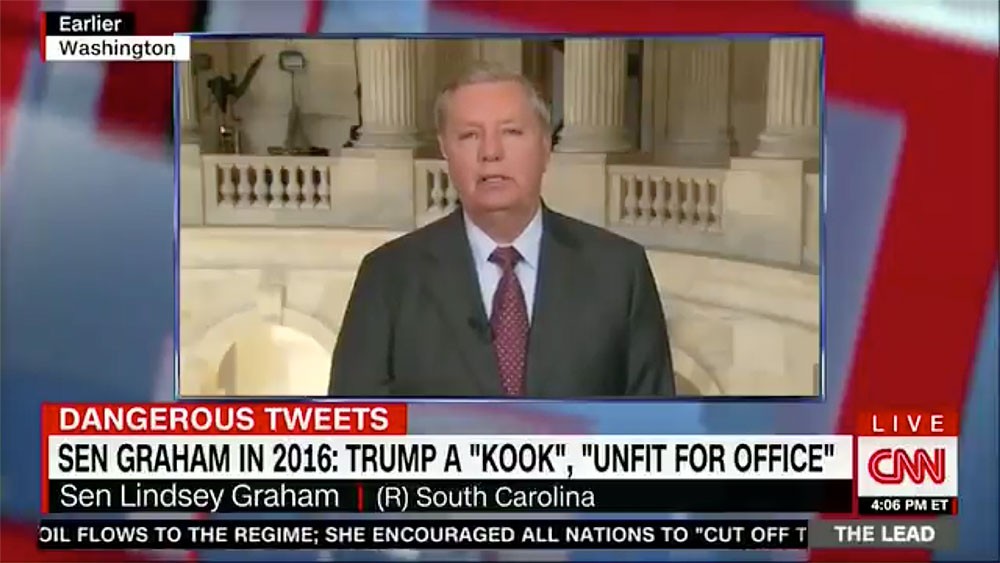 Lindsey Graham is exhibit A when it comes to this parade of ass clowns before us:

"As I said before, if he tried to do that, that would be the beginning of the end of his presidency," the South Carolina Republican said on CNN's "State of the Union."

"The only reason that Mr. Mueller could be dismissed is for cause. I see no cause when it comes to Mr. Mueller," Graham said, later adding he believed the Mueller was "doing a good job."

Graham called for Mueller to be able to carry out his investigation into Russian interference in the 2016 election "independent of any political influence."

"I pledge to the American people, as a Republican, to make sure that Mr. Mueller can continue to do his job without any interference," he said.

Graham's pledge isn't worth a bucket of warm piss.

We are headed for a Constitutional crisis, all right, and no one with an "R" next to their name is going to lift a finger until their escape plan is in place. As in, until they've escaped accountability and figured out how to get past the November election, no one is going to risk making Trump angry.

Graham made his professional reputation whining and crying about Bill Clinton and his impeachment for something that, in comparison to a president so corrupt and so venal, looks quaint to us now.

Imagine any Democrat anywhere doing one tenth of what Trump has done and you can picture the likes of Graham being hysterical about the rule of law, the need to let a Special Counsel do their job, and about protecting our democracy. Graham can say whatever he wants. He knows it's all over for him and for his colleagues. The only thing they can do now is enjoy their time in office and hope that Trump doesn't Tweet anything in their direction.