Oklahoma Teachers Are Ready to Strike 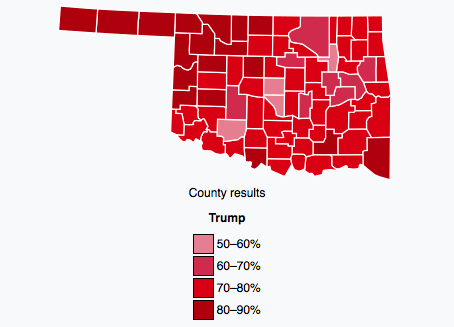 Do you think there's a correlation between the political ideology of a state and how it treats teachers?

Oklahoma is among the bottom three states for teacher salaries, where educators often work about 10 years before reaching the $40,000 salary mark. And they haven't gotten a raise from the state in 10 years.

While educators nationwide have seen slight paycheck bumps over the past decade, when adjusted for inflation, teachers have actually lost 3% of their income from 2006 to 2016, according to the National Education Association.

Recently, the Oklahoma teachers' union called for $10,000 teacher raises, $5,000 raises for support staff and more than $200 million for education funding.

Lawmakers agreed on an average teacher raise of $6,100, $1,250 for support staff and a $50 million increase in education funding -- a measure Gov. Mary Fallin signed into law Thursday.

But many teachers say it's not enough. So on Monday, Troxell and thousands of other teachers will walk out -- prompting some schools to shut down indefinitely.

There are plenty of underpaid teachers in blue states, but the rock bottom is where Republicans have already blown up budgets and focused on passing laws to restrict women's rights because, well, that's much easier than figuring out how to fund education.

West Virginia (50), Indiana (49) and Alabama (48), which is where you have already seen some agitation for better salaries among teachers (hell, they should be fighting for better pay everywhere). They all have one thing in common--they vote for Republicans again and again and can't figure out why everything is turning to shit. Every one of those states went for Trump in 2016 and, with a Department of Education being run into the ground under Betsy DeVos, should not ever hope to see an ounce of help or assistance making things better. Hey, red states. Vote blue, and maybe your fortunes will change.

Do you want teachers to be paid a living wage? Vote for Democrats. And vote them out of office in Wisconsin and Colorado before teacher salaries in those states end up in the toilet.

They are going to revolt in some of these red states, and that's because the GOP's model of governance is completely unsustainable in a decent society. Starving government of funds every year gives you Kansas, and nobody should ever want that. Kansas is the way it is because Jeebus and abortion means everything and education doesn't count for shit. Thank God the rest of this country doesn't want to live that way.