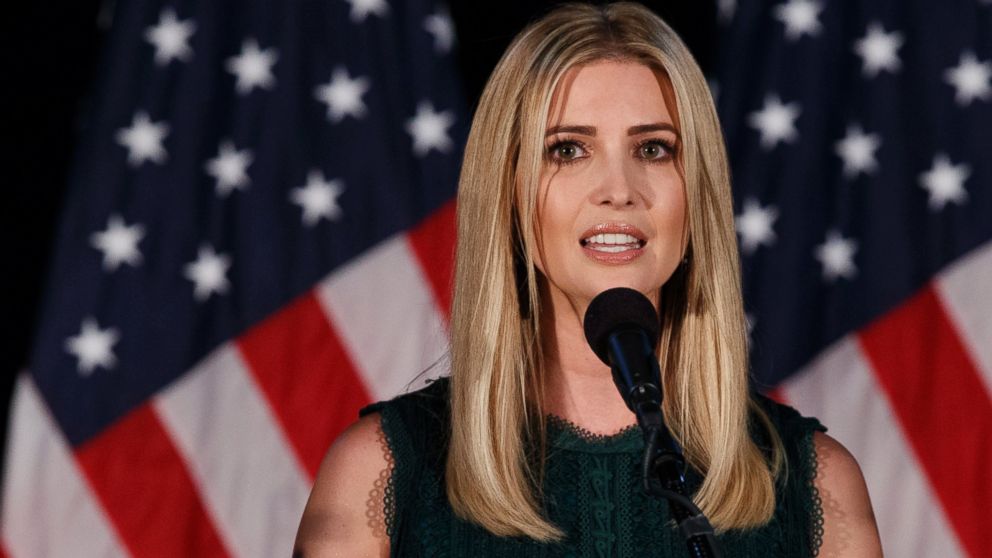 Ivanka Trump isn't even pretending to conduct herself in an ethical manner. It's as if there's one set of rules for everyone in Trump's orbit and another set of rules Democrats will be expected to live by when they return to power. She isn't even trying to eliminate the obvious conflicts of interest that permeate everything she's doing while serving in the White House. If this was about Chelsea Clinton, impeachment proceedings against Hillary would have already started:

Donald Trump isn’t the only Trump with potential conflicts of interest in the White House.

Ivanka Trump — a senior White House adviser who is doing everything from lobbying the Senate on tax policy to representing her father at a G20 summit of world leaders — will pull in more than $1 million a year from the family business that has continued to develop luxury resorts across the globe during the Trump presidency.

Some of those Trump-branded developments are hiring state-owned companies for construction, receiving gifts from foreign governments in the form of public land or eased regulations and accepting payments from customers who are foreign officials.

Ivanka Trump’s continued relationship with the businesses affiliated with the Trump Organization creates countless potential conflicts of interest prohibited by federal law and federal ethics standards as she works as a special assistant to the president. And just like her father, she is being accused of violating the so-called emoluments clause of the U.S. Constitution that forbids government officials — not just presidents — from accepting gifts from foreign governments without the approval of Congress.

“To the extent she’s still taking money and she’s still in the West Wing she has many of the same issues,” said Stephen Spaulding, chief of strategy at Common Cause, a nonpartisan group that has examined Donald Trump’s conflicts of interests.

We've seen countless stories like this since the inauguration. No one is going to do anything. It's going to be swept under the rug. We are living in a time of pervasive corruption.

The people who enforce federal law and federal ethics standards right now can be found wandering the halls of Congress, wondering whether or not retiring this summer would be preferable to having to become the minority party in the House and the Senate. Unless, of course, there's a miracle and Russian interference in the 2018 midterm election allows the GOP to stay in control of the Legislative Branch.