Nancy Pelosi is Not the Problem 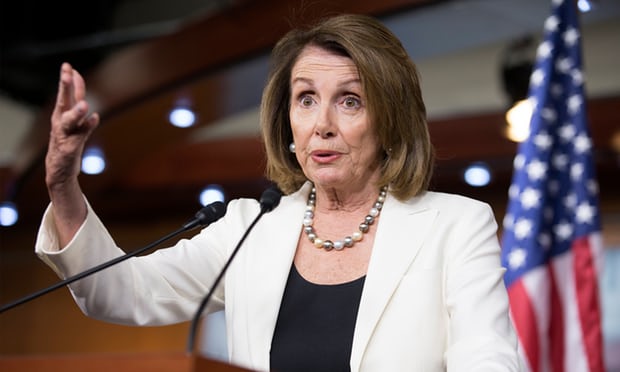 Thank you for the concern trolling, Walter Shapiro, but I think we'll keep Nancy Pelosi where she is:

When you are running as a Democrat in Donald Trump country, the name Nancy Pelosi is even more toxic than the letters CNN.

In one of the more powerful TV ads in the run-up to Tuesday’s special House election in western Pennsylvania, the Democrat Conor Lamb earnestly declares: “My opponent wants you to believe that the biggest issue in this campaign is Nancy Pelosi. It’s all a big lie. I’ve already said … that I don’t support Nancy Pelosi.”

The Pennsylvania contest is largely symbolic since the district (which Trump carried by nearly 20% points in 2016) will disappear into the mists like Brigadoon when a new statewide redistricting plan takes effect. But from a splenetic Trump rally on Saturday night to a recent appearance by Joe Biden on behalf of Lamb, both parties are treating this race as if it were a dry run for November.

Which brings us back to the Democrats’ Nancy Pelosi problem.

Comparing Pelosi with CNN is like repeating the canard that there's something wrong with being a liberal. You'll note that there are few, if any, Republicans who are thrilled about appearing onstage with Donald Trump. Shouldn't he step down, too?

There's nothing wrong with having Pelosi in charge of the Democrats in the House and there never will be. She is smarter than all of the Republicans in the House leadership combined. She has spent the last year in the trenches, keeping horrible legislation from being passed and she has been incredible effective.

The reason why people want to convince Democrats that there's something wrong with Pelosi stems from the fact that she's good at what she does and she can outmaneuver all of the impotent white men who oppose her. The media loves to demonize her as the stereotypical San Francisco liberal. Well, who cares what these idiots think? Can Nancy rally the caucus and stop bad legislation? Yes. Can she whip votes and make things happen? Yes. Can she hold her own against a batshit crazy GOP? Of course she can.

In other words, fuck off with this bullshit. Nancy Smash!