Mainstreaming Conspiracy Theories is Not a Good Idea 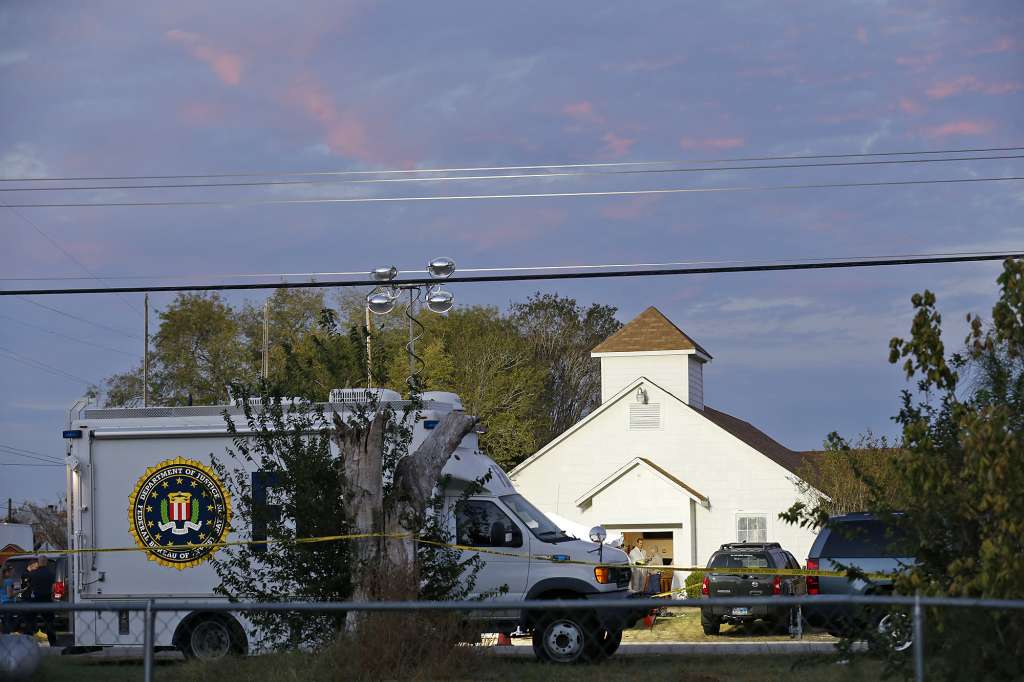 First responders work the scene of a shooting at the First Baptist Church of Sutherland Springs Sunday Nov 5, 2017. [/caption]

Here's another example of how mainstream media personalities have brought insane and hurtful conspiracy theories into the lives of decent Americans:

Two conspiracy theorists were arrested Monday after allegedly harassing residents of Sutherland Springs, Texas, the site of the Nov. 5 mass shooting at a town church where 26 congregants died. Church Pastor Frank Pomeroy allegedly found the two writing “the truth shall set you free” on a chapel poster that is meant for well-wishers to sign. When Pomeroy confronted the two—identified as Robert Ussery, 54, the founder of conspiracy website Side Thorn, and 56-year-old Jodi Mann—they allegedly began shouting about their belief that the shooting was staged. Pomeroy’s 14-year-old daughter died in the shooting, along with 25 others. Pomeroy told the San Antonio Express-News said that Ussery “continually yelled and screamed and hollered and told me he was gonna hang me from a tree, and pee on me while I’m hanging... He said, ‘Your daughter never even existed. Show me her birth certificate. Show me anything to say she was here.’” Charging information on Ussery and Mann was not immediately available.

This is right up there with saying John Podesta was part of a child sex ring being run out of a pizza parlor in Northwest Washington D.C. No one lost their gig on TV after that, nor did anyone get fired making up wild theories about a whole host of other tragedies. These people were enabled and encouraged to do this because theories like the one they are pushing have been mainstreamed by the right wing media.

How much more awful do things have to get?