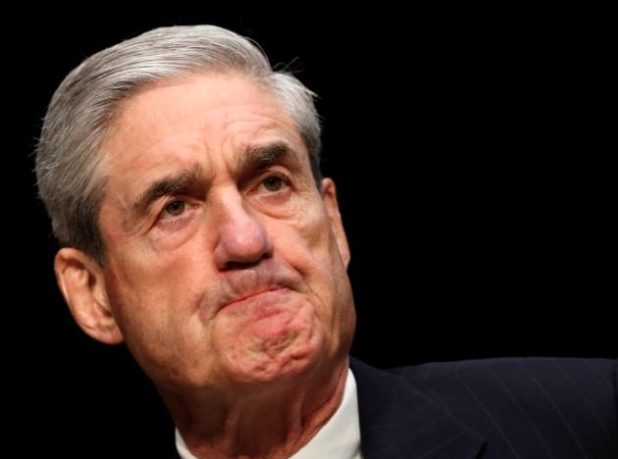 Special Counsel Robert Mueller is not "wrapping this up" any time soon:

Last July, President Donald Trump warned the special counsel Robert Mueller that it would be a "violation" for him and his group of Justice Department investigators to examine the Trump family's finances. The president agreed with a New York Times reporter's question about whether doing so would amount to crossing a "red line."

Mueller apparently has decided to cross that line anyway. The Times reported on Thursday that Mueller's team has subpoenaed Trump's company, the Trump Organization, for records pertaining to a number of business deals -- including some related to Russia.

QuickTakeQ&A: Guide to the Trump-Russia Probe

Trump and his lawyers have thrown down all sorts of gauntlets around Mueller's probe. They have argued for a tight deadline leading to its conclusion; negotiated for where, when and how the president might agree to an interview with investigators; and pointed to areas that they think are off-limits.

It would appear that Mueller, with the full force of the law and subpoena power behind him, intends to proceed as he sees fit.

There is so much corruption and so much malfeasance, graft, greed and incompetence that we should probably have a dozen special counsels right now. It will take the government the better part of the next twenty years to fully untangle every illegal, grossly unethical, and stupid business deal Trump has entered into. Hell, we're going to need a hundred investigators just to sort out what his damned kids have been up to.

The Trump White House is the biggest shit show on Earth. Everyone is laughing at us, and a few dozen Republican members of Congress are subjecting the free world to a horror no one could have imagined. We have to stop thinking they're going to wake up and get rid of Trump. The only thing that will rid us of this wretched man and his brood is a ballot box.

I have always viewed Mueller as the existential threat that no one working for Trump was smart enough to beat. I don't care who gets behind Trump and defends him--there's no one working in this White House (which hemorrhages people like no one has ever seen) who is a tenth as smart as the most junior person on Mueller's staff right now.

Keep that in mind for the days ahead. We're going to have to restore stability and sanity to the American government. There are tons of great people who can do that work, and they're waiting in the wings if they're not already working to destroy Trumpism where it sits. The bureaucrats and career people in the Federal government who are on the right side of history are the only thing keeping folks like me going right now. Bless them, for their work is going to be difficult.