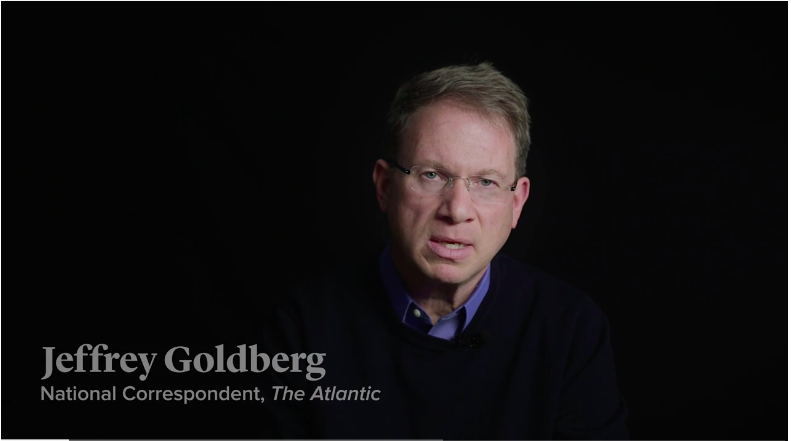 Occasionally, people make a huge mistake and hire the wrong person. Jeffrey Goldberg at the Atlantic hired a guy so toxic, and did such a horrible job of explaining why he did it, that you can't help but wonder what the hell he thought he was doing:

Jeffrey Goldberg knows that he hired a troll. But he thinks readers should give him a second chance.

The Atlantic editor in chief issued a memo to the magazine’s staff this week, explaining his decision to hire conservative writer Kevin Williamson as a columnist for the magazine’s new ideas section. In addition to making the thought leader’s now-familiar case for ideological diversity, Goldberg wrote that he likes to “give people second chances and the opportunity to change.” This is an odd justification for a terrible and high-profile hire at one of the country’s most venerable political magazines.

A longtime correspondent for the National Review, Williamson is, at his best, a right-wing provocateur who writes enjoyable, if slightly retro, prose. At his worst, he’s a verbose and hateful troll. Describing a 2014 visit to the impoverished city of East St. Louis, Illinois, Williamson compared a black child to a “primate” and a “three-fifths-scale Snoop Dogg” before likening his own trip through Illinois to Marlow’s journey up the Congo River in Heart of Darkness, all within the space of a single paragraph. (He later denied, unconvincingly, that the three-fifths reference was a slavery joke.) In a column that same year about Orange Is the New Black actress Laverne Cox, Williamson compared trans people to voodoo doll worshippers. “Regardless of the question of whether he has had his genitals amputated, Cox is not a woman, but an effigy of a woman,” he wrote. He accused Bernie Sanders, a secular Jew, of leading a “nationalist-socialist movement” in a too-cute-by-half bid for rage clicks. And perhaps most notoriously, he once opined on Twitter that women who had abortions should be hanged. “I believe abortion should be treated like any other premeditated homicide,” he later clarified, in case anybody doubted his sincerity. “I’m torn on capital punishment generally; but treating abortion as homicide means what it means.”

You know exactly who we need to hear less of these days? Right wing trolls who think we should hang women who have abortions.

Monstrous people do not need to be heard from. This is like when a small-town newspaper prints letters to the editor from the same racist crank week in and week out. The community is not served by such a thing. Lazy people think the First Amendment is here so that people whose ideas have been rejected by the marketplace can have their bullhorn. The function of a gatekeeper in a decent society is to figure out who shouldn't be heard from.

Hey, Kevin Williamson does not need to be heard from. He said what he said, and decent people are allowed to reject his message.

We've given these people their time in the sun, and they elected the worst president in our nation's history. We have heard what they have to say, and they're just unrepentant racists who need to fuck off. We are not going to learn anything from someone like Kevin Williamson, other than the fact that whoever thought it was a good idea to hire him is pretty much useless in terms of enlightening the country.

Of course the Atlantic should fire Williamson. What a goon. And then they should fire Goldberg. Who needs this shit?