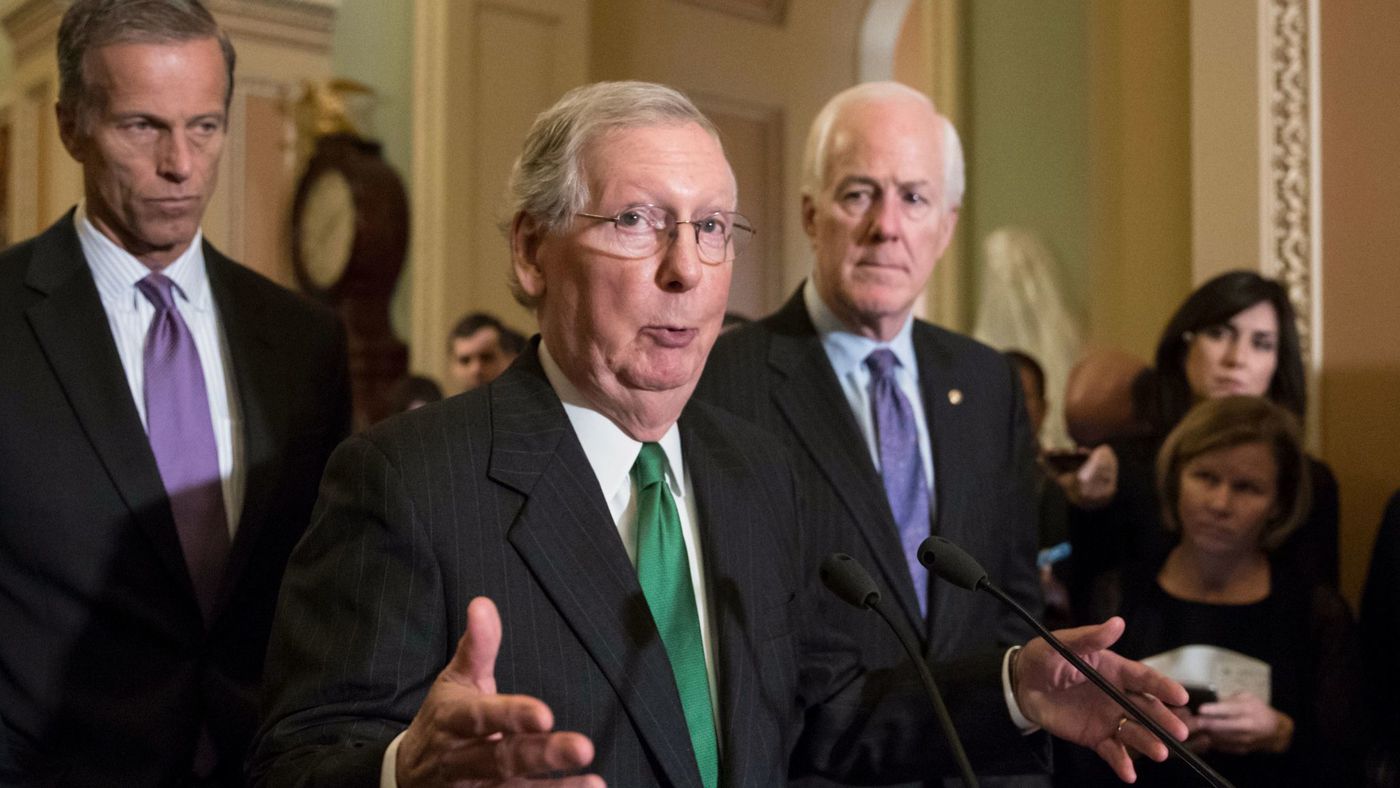 Republicans in the House and Senate are never going to pass a bill preventing the president from firing a Special Counsel because they already know what Trump is going to do:

Republicans are bluntly warning President Donald Trump to lay off his attacks on special counsel Robert Mueller, but there is scant support among the GOP to pass legislation that would prevent Trump from firing the special counsel.

Republican Senate leaders threw cold water Monday on passing a bill to protect Mueller, calling it unnecessary despite Trump's increasingly scathing attacks against the special counsel and his team.

But the Republican who chairs the Senate Foreign Relations Committee, Bob Corker of Tennessee, told CNN that lawmakers should include legislation to protect Mueller on a must-pass bill to keep the government open past Friday. He warned there would be "total upheaval" in the Senate if Trump were to fire Mueller.

"I can't possibly imagine why Senate leadership wouldn't place a protection in this (spending bill) that's coming through," Corker told CNN. "That would be the perfect place for them to deal with it."

You can ignore everything Corker says--he is a lame duck. You can ignore all of their protestations and warnings--they're never going to hold Trump accountable. The real investigation of the Trump Regime will not happen until Democrats are in control of the House and Senate. Robert Mueller and his staff probably have a great case but they have no backing from the Justice Department to really prosecute the people they need to go after. If the only thing standing between Mueller and oblivion is Rod Rosenstein, then I don't think you can really expect our democracy to hold up for much longer. There are far too many cowards trying to please Trump, and Rosenstein isn't powerful enough to fend them off for much longer. If it is now normal to fire people like Sally Yates, James Comey, and Andrew McCabe, then it is now normal to throw Rosenstein's ass out the door, too.

I hope I'm wrong, but it sure doesn't look like I am. At least, not yet, anyway.

And it sure looks to me like Trump has made up his mind to fire Mueller. He knows he can get away with it because the GOP already knows it is dead in the water. Why not fire Mueller now and ride it out until November? Perhaps, by some magic or with some help from Russia, they can stave off obliteration and hold onto the Senate. If they can hold onto power, they can save themselves and they can save Trump. That would mean years of graft, years of corruption, years of absolute infamy.

The brand is dead. In any fair fight, a Republican now has to run with an albatross around their neck. So what they're going to do is, they're going to avoid fair fights, drive people away from the polls, threaten our democracy with more thuggery, and let Trump be Trump. By the time we get a Democrat in the White House, the debt will be sky-high and they won't be able to spend a dime on anything. That's the Republican plan for governance. Take power, ruin everything, and let the Dems fix things.

It's time to end this game and take back power in 2018. It is absolutely imperative that we not only throw Republicans out into the cold but that we take the dissenters and the people who are undercutting the Democratic Party (Hey, is that Bernie over there?) and throw them out of office as well.