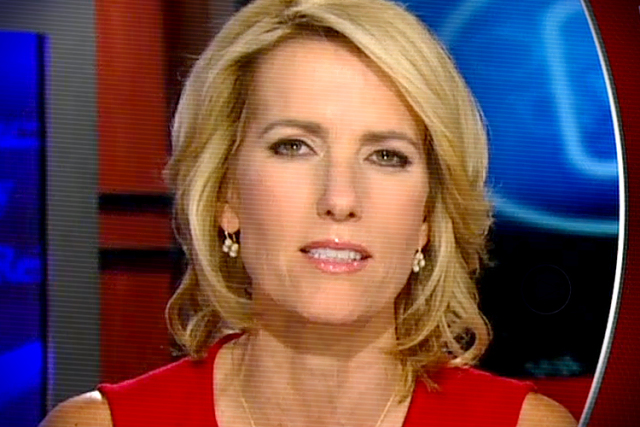 I have never understood how this woman could have a career in television:

When Fox News host Laura Ingraham taunted a Parkland shooting survivor in a Wednesday- ­morning tweet about his college applications being rejected, Twitter users hit back where it hurt most: among her advertisers.

David Hogg, the 17-year-old high school senior who has become a gun-control activist, mustered the collective power of social media — and his more than 630,000 Twitter followers — and urged them to “tweet away” at her top sponsors to call on them to boycott her TV show, “The Ingraham Angle.”

Within 24 hours, several companies responded — among them the pet food brand Nutrish and the home goods retailer Wayfair — announcing over Twitter and in media interviews that they would pull their ads from Ingraham’s show.

She is a purveyor of hate and intolerance.

In the two-for-one combination that all too often serves conservative radio well, Ingraham once claimed that the immigration bill was an attempt by the mainstream media to make more people liberals. Anyone who still wonders whether talk radio had an influence on the bill’s defeat should look at Ingraham’s numbers; with more than 5 million weekly listeners, she is tied with Glenn Beck as the fourth most listened to radio talk show host in America. Alterman wrote that Ingraham’s popularity is due to her having “something more important than knowledge or experience. ... She has star quality.” She is also fearless: She once confronted CNN host John Roberts for calling her “outspoken,” saying, “Do you guys introduce liberal commentators that way?”

She’s more aggressive than Limbaugh, more blatant than Hannity, and more rational than Beck or Savage, and although she often supports many of them (erroneously stating, for example, that Limbaugh never claimed the Clintons murdered Vince Foster), she is equally willing to call them out. She walked out of a “Hannity & Colmes” installment after the Don Imus “nappy-headed ho’s” controversy was twisted into a discussion of Democratic vices, and once asked on her radio program after an appearance on “The O’Reilly Factor,” “Why is Bill O’Reilly afraid of George Soros?” (In the same broadcast, Ingraham accused columnist Helen Thomas of working for Hezbollah, which has been identified by the U.S. government as a terrorist group.)

Ingraham was born and raised among the wealthy in Glastonbury, Conn., one of the state’s richest suburbs, although her mother worked as a maid to support the family. She went to Dartmouth University and became the first female editor of the conservative Dartmouth Review, where conservative author Dinesh D’Souza, a former boyfriend, also worked. While there, she secretly sent a reporter with a tape recorder to a campus gay students association meeting; she then outed the students in print and sent tapes of the meetings to the students’ parents. In the magazine she called association members “cheerleaders for latent campus sodomites.” (In 1997, more than a decade later, she wrote an article in the Washington Post detailing how she had changed her views in light of her brother Curtis’ coming out as gay.)

The fact that an advertising boycott is finally happening tells how how far we've fallen. Ingraham shouldn't even be on television in the first place. What a horrible person.

As of this morning, her Fox show has lost 9 advertisers. This is looking like her Bill O'Reilly moment.

All 17 of these advertisers have bailed on Ingraham's reprehensible bullshit:

Thank you for doing the right thing, Bayer.

I will always be your customer. pic.twitter.com/MwvbOJHxnD