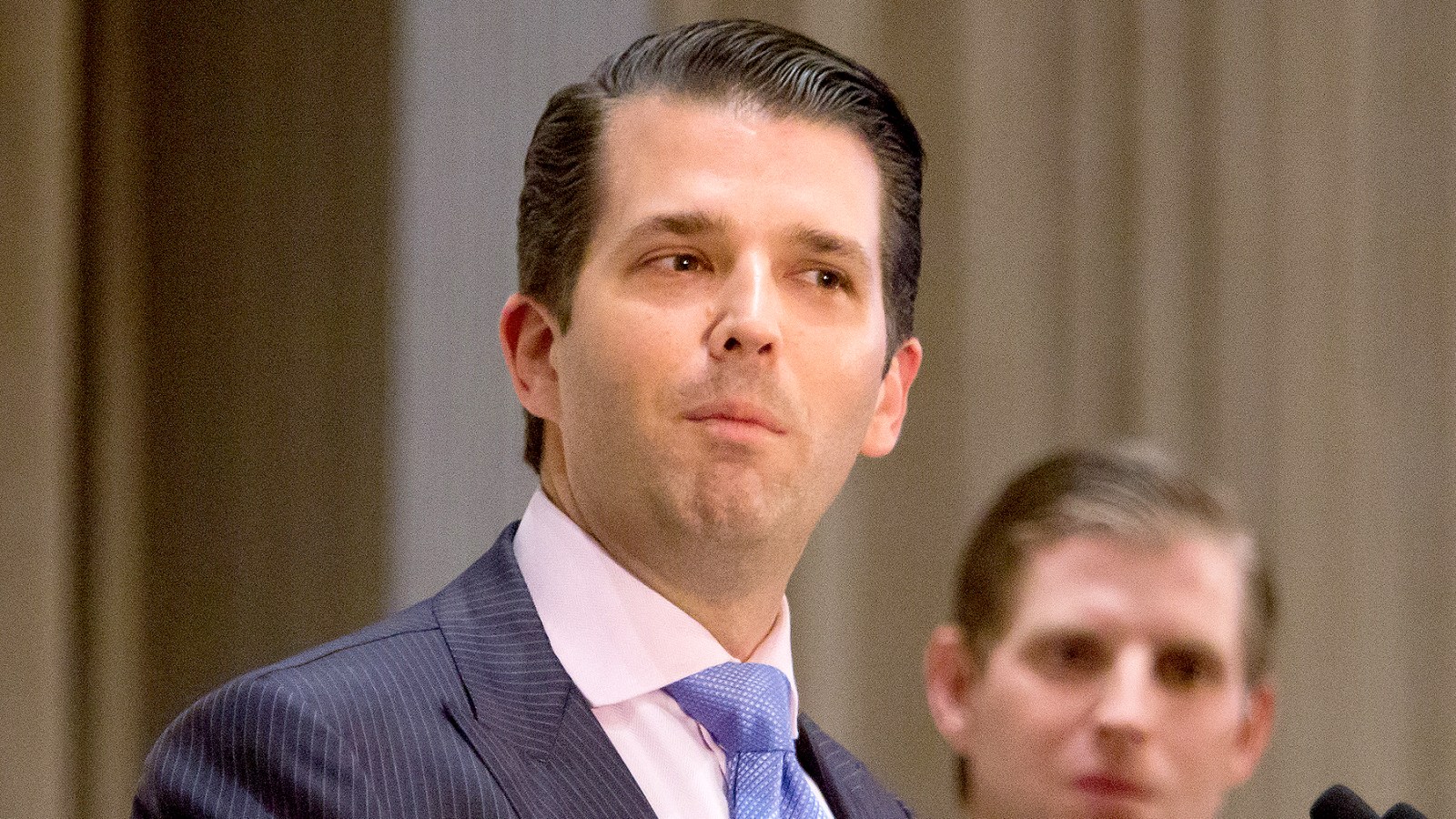 One of the indicators that tells us that Trump's legal defense team is incompetent is the fact that Donald Trump Jr. is making public statements right now:

President Donald Trump's oldest son suggested on Saturday that claims by Democrats of collusion between the Trump campaign and Russia are ironic, since such accusations resemble McCarthyism.

"You see the Democratic senators [saying] 'This is McCarthyism.' I’m like what? You have a guy screaming, 'Russia, Russia, Russia' with no evidence," Donald Trump Jr. said during an interview with Fox News Channel's Jesse Watters Saturday night. "All this shade for 18 months, screaming about McCarthyism. I mean the irony is ridiculous at this point."

"The problem is rather than being reasonable and coming to the table, they forced themselves further, and further and further left," Trump Jr. said during his "Watters' World" interview. "I mean, they are left of commie right now, and that's a real problem for them and I don't think that's where America was [during the 2016 election.]"

As for the controversial GOP memo released Friday alleging surveillance at the Department of Justice, Trump Jr. said the memo's release serves as "sweet justice" for his family.

"There is a little bit of sweet revenge in it for me and certainly probably the family in a sense that if they wouldn't have done this, this stuff would be going on," he said. "This would be going on at the highest levels of government. They'd be continuing doing it to my father, trying to undermine his actions."

How is this helping? How does this change the narrative about the memo, about the Russia investigation, about anything? It doesn't.

Trump's lawyers have to somehow figure out how to defend their client against obstruction of justice charges that stem from Trump Jr.'s meeting with Russian operatives. The person at the heart of all of this should probably not be on TV making crazy statements. Trump's lawyers are bad at their jobs, and their clientele is incapable of following basic advice, so it's all a wash anyway.