Trump Is Destroying the Justice Department to Save Himself 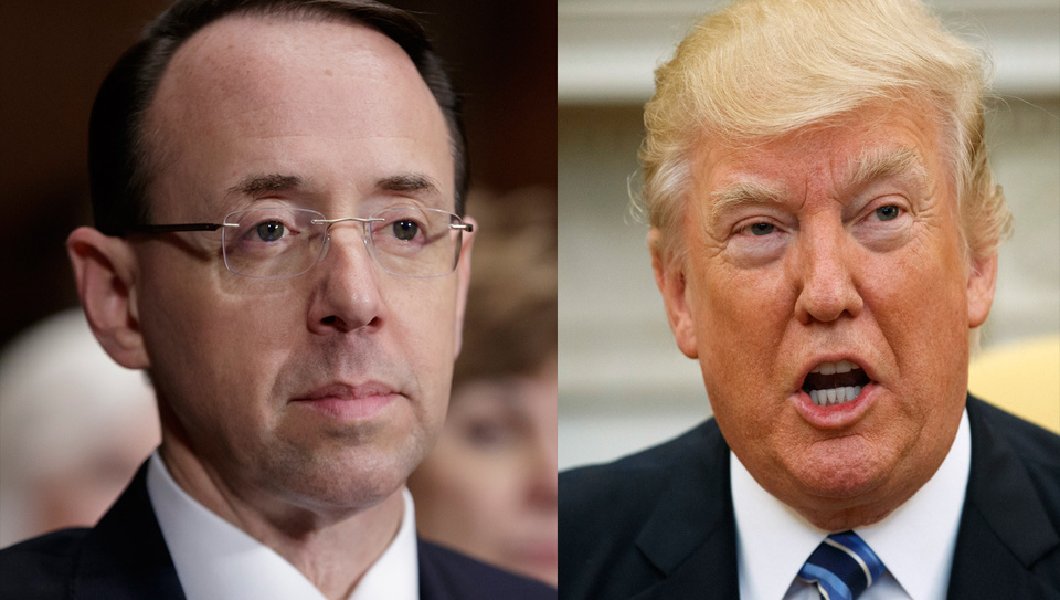 It still seems like not enough people understand what is really happening here:

U.S. President Donald Trump on Friday accused the FBI and the Justice Department’s top officials of politicizing its investigations as the White House prepared to approve the release of a controversial secret Republican memo alleging FBI bias against him in its Russia probe.

“The top Leadership and Investigators of the FBI and the Justice Department have politicized the sacred investigative process in favor of Democrats and against Republicans — something which would have been unthinkable just a short time ago,” Trump said on Twitter, even as he backed rank- and-file employees.

Representatives for the Federal Bureau of Investigation and the Justice Department could not be immediately reached for comment.

The FBI earlier this week expressed “grave concerns about material omissions of fact” in the Republican memo, which was seen as having the potential to prompt high-level resignations in U.S. law enforcement agencies if released.

These criticisms are designed to motivate the mob that supports this president to go all-in on the idea that it is possible to hound public servants into submission. It's not just the individual players who are being attacked. Trump wants to make the positions they hold worthless so he can fill them with toadies and fools.

When you whip up a screaming, howling base and turn them against an American institution, you are demonstrating that you don't care what happens to the country so long as you survive. That's what Trump is doing when he pits one faction against something like the Justice Department. It's incredibly short sighted and entirely un-American to do this. This is what is really going on. Trump knows he's been caught. Now it's time for damage control.

There will always be a need for each of the political parties to rely on one branch of government or the other to help balance power in this country. During the Bush years, control of Congress meant control of the agenda. Bush repeatedly issued what were called signing statements. These were designed to subvert the will of Congress and maintain control of the political agenda by asserting that the Executive Branch could do whatever it wanted and Congress couldn't do anything about it. It was a terrible thing for our democracy and it led to numerous attempts to use the power of oversight and compliance to bring the Bush Administration back in line with how power should be balanced in this country.

What's different now is that Trump is using his supporters to attack his own branch of government and weaken it so that he can maintain power and escape criminal prosecution. He already has Congress under his control. He already has until the November elections to do whatever he wants, and then he will likely resign rather than face actual oversight from a Democratically controlled Congress. If Trump can destroy the Justice Department now, he will leave enough wreckage behind that will thwart any attempt to chase after him when he leaves Washington D.C. in the hands of Vice President Pence.

Everything that he and his supporters has done up to this point is to make it almost impossible to give him a fair trial. The Nunes memo isn't designed to do anything other than taint the evidence against him, drive career officials out of the Justice Department, and cast doubt on the legitimacy of any trial. This is what you do when the people you've cast aside have flipped on you. It's no longer feasible to attack others; you have to attack and destroy the institutions that are prepared to expose you for what you really are.