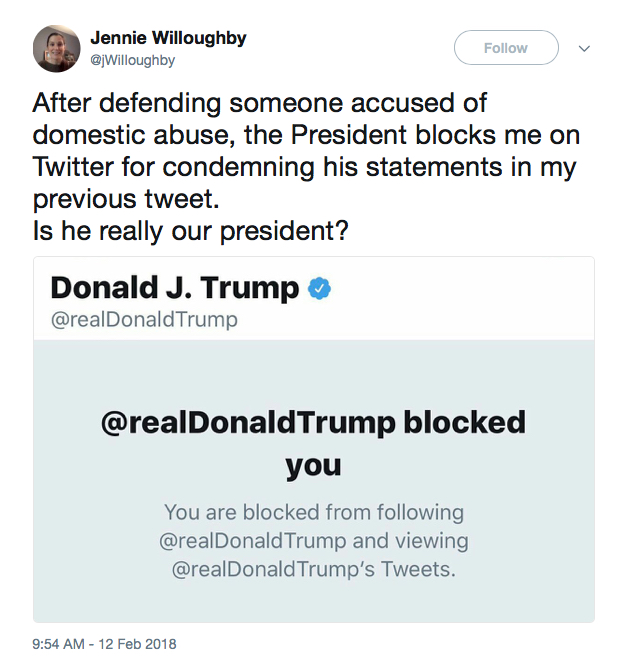 On Friday, a friend and I watched as the President of the United States sat in the Oval Office and praised the work of my ex-husband, Rob Porter, and wished him future success. I can’t say I was surprised. But when Donald Trump repeated twice that Rob declared his innocence, I was floored. What was his intent in emphasizing that point? My friend turned to me and said, “The President of the United States just called you a liar.”

There is no end to the cruelty of Donald J. Trump.