There is No High Road With Trump 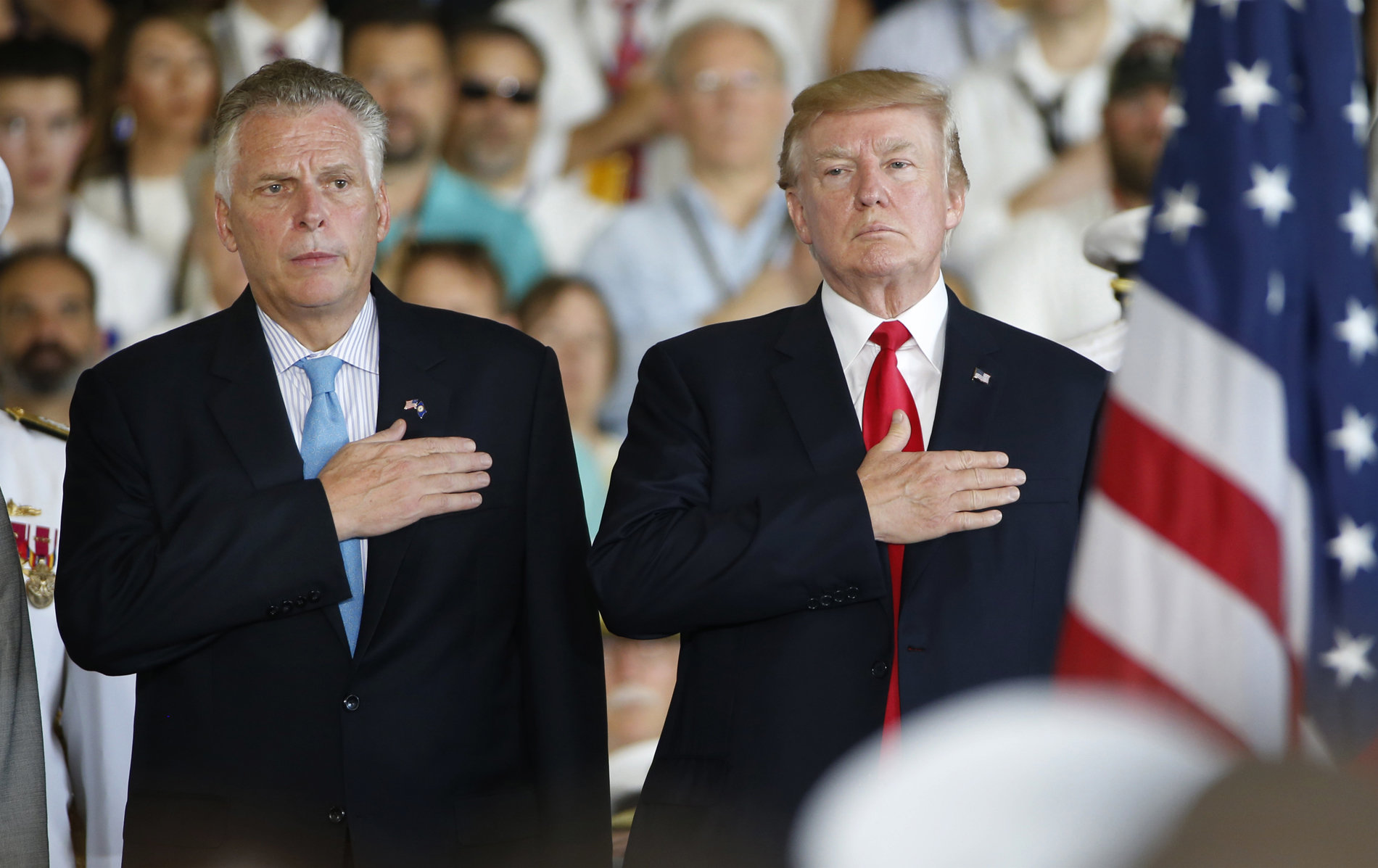 Pussyfooting around is not going to defeat Donald Trump and his army of followers, many of whom are violent white supremacists who are counting on liberals to be weak and squishy. This is not a call for mindless violence. When Virginia Governor Terry McAuliffe said that he had no problem flattening Trump if he got into his personal space, he meant that in the sincerest form of the word and the idea. Trump will use physical means to terrorize Americans--look at his rallies and debate demeanor. He only understands the proper response to all bullies everywhere. Do not tolerate this in any form, no matter what. Do not show weakness. Stand up to him, and he folds like the old, broken down bitch that he is.

This is a call that is meant to remind people that Trump has destroyed most of the norms in American politics that would have disqualified him from office in the past. This is meant to argue that, when someone refuses to behave in a civil manner, you have to make exceptions and do things that are non-traditional in order to counter them and their followers.

In other words, there is no better Trump out there, there isn't anyone who can manage him, and there ain't no fucking high road:

For Democrats, there's something deeply satisfying — perhaps even cathartic — about personalizing their attacks on President Donald Trump.

And they've been doing it with relish, particularly after he said last week that they had acted "un-American" and even "treasonous" by declining to clap during his State of the Union address.

Borrowing a page from Trump's celebrity feud playbook, Sen. Tammy Duckworth, D-Ill., a war veteran who lost her legs in Iraq, has given the commander in chief a nickname: "Cadet Bone Spurs" — a reference to the service deferments Trump obtained during the Vietnam War.

"He's a joke," former Vice President Joe Biden said when told the White House had written off the treason remark as a stab at humor.

These Democrats are fighting fire with fire. But others think it's bad form and worse strategy to copy Trump's brand of highly personalized and harsh speech.

It would be hard for Democrats to overshoot the mark with their deeply anti-Trump base. But they are also aware that they need to attract independents and some Republicans if they are to win big in this year's midterms and recapture the White House in 2020.

Again, there is no way a Trump voter is going to suddenly vote for Democrats if they haven't already abandoned him. Anyone clinging to their guns, their white supremacy, and their love of Trumpery is not worth appealing to. There is always going to be a 33% block of American voters who will never vote for a Democrat, no matter what.

In 1974 and 1976, Republicans were driven from office in massive numbers because of the inherent evil that was Richard Nixon. The Republican brand became toxic to voters; the same thing, roughly, happened in 2006 and 2008 when the wool was removed from the eyes of people who thought a GOP daddy was what they needed. This is the same situation we are in right now--Trump can't lead, can't govern, and can't emit anything remotely decent from his mouth. Democrats need to drive home that fact every single day and make the idea of voting for a Republican akin to embracing actual Nazis because, hello, ample evidence suggests that many of them are closeted fascists.

I have no problem giving up on these people. They are lost in their own misinformed ocean of delusion and hatred. However, there are a whole lot of non-voters who are already sold on the idea that they should participate in the resistance against Trump. Keep appealing to them! Motivate them, and get them to the polls. If you know someone who has never voted, help them overcome the GOP's relentless assault on the franchise and get them registered. They should vote in the primaries and in the mid-term election this November.

The media has this misguided notion that Democrats shouldn't be Democrats if they want to win. It's as old as the old, lazy "Dems in Disarray" headline from the past. The Democrats are not in any form of disarray--they're busy trying to save our democracy from the Russians. Anyone who says that Democrats have to "appeal to the middle" is just trying to move the goalposts. This is ludicrous concern-trolling bullshit. Ignore the insanity. The American people prefer tolerance, competence and compassion. Motivate people to support those things at the ballot box, and no one needs to appeal to a single Trump voter ever again.