The Trump White House is a Complete and Utter Fiasco 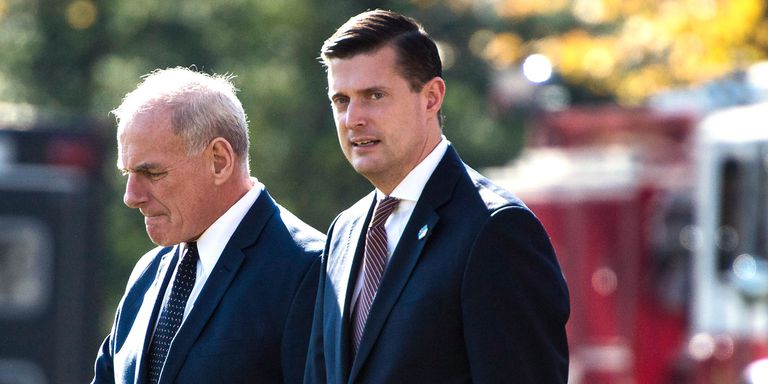 One of the best words you can use when describing the Trump White House is 'fiasco.'

It captures the dysfunction, the self-inflicted wounds, the confusion, the utter shit-show that it truly is without overstating the obvious. None of these people should be leading this country. No one currently working in the White House would be there were it not for the train wreck that is Donald Trump. No one behind that fence and inside of those walls would be there in a "normal" administration because there used to be standards.

Rob Porter would not have been allowed anywhere near the Bush White House, for example, especially if the FBI had told someone working there, repeatedly, that the guy was a wife-beating son of a bitch without an ounce of shame. Bush's White House was a case study of incompetence, what with the young kids being sent to set up a stock exchange in Iraq and Mr. Brown with his lovely daughter named FEMA. But even they vetted nominees. Even they tried to keep the worst of the worst on the far flung fringes. The Trump White House threw open the door and let the heathens and the vandals stomp across the good rugs and through the Lincoln bedroom.

There is no question--this is our life right now:

To work in the Donald Trump White House is to careen from one scandal or self-inflicted catastrophe to the next. But few weeks of this year-old administration have been as fraught as the past seven days, aides say.

Few recall similar levels of chaos engulfing the ranks. What’s worse: multiple senior West Wing officials have conveyed privately to The Daily Beast their fear that the ongoing Rob Porter scandal, and the intense fallout implicating top staffers, will only get worse in the days to come.

“As bad as the Comey firing,” one White House official bluntly assessed, expressing a sentiment shared this week by several senior Trump aides—that the tumult and mismanagement of the past few days is only matched by mayhem kicked off by the sacking of FBI director James Comey in May.

Such angst echoes an even more troublesome reality playing out of public view. Aides and confidants say that trust between the internal White House departments has been damaged by the failure to adequately explain why Porter—who stands accused by two ex-wives of physical and emotional abuse—was able to stay on the job for as long as he did. There are persistent rumors that the news of Porter’s past alleged abuses was initially leaked to the press by someone inside the administration. And though the White House publicly insists that Chief of Staff John Kelly enjoys the trust and faith of the president, there are notable rumblings of discontent over his handling of the matter, in and outside of the administration.

I don't care about their careers and neither should you. There ought to be a rule used in the future--if you worked for Trump from whenever to whenever, you don't get to be part of polite society anymore. I'd love to see that rule enforced after we put an end to this fiasco.