The Democratic Party Has to Stand Up For Victims Everywhere 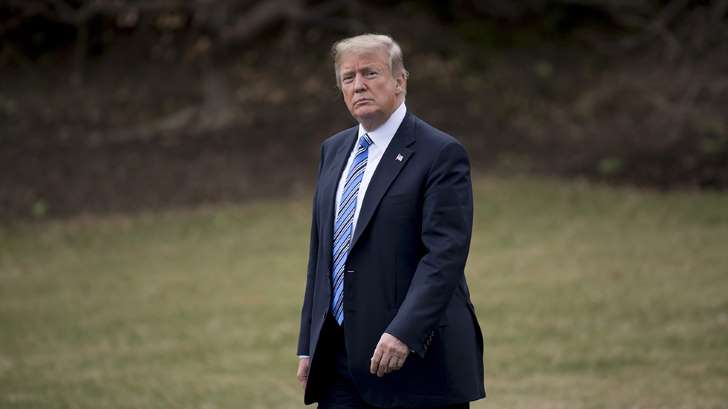 It's going to take a massive coalition to destroy Trumpism. It's going to mean a lot of sacrifice and strange bedfellows (bear in mind, having agreed repeatedly lately with Max Boot, Jennifer Rubin, and Bill Kristol has messed with my head). There will be Democrats who will be called out for their horrible bullshit, but this reckoning has to happen.

I really think this is a good strategy for Democrats:

Eying big gains in November's midterms, House Democrats say they'd like to give a national platform to President Trump's sexual harassment accusers if they win back the lower chamber.

More than a dozen women have charged the president with sexual harassment abuses dating back decades -- claims Trump has fervently denied. But as the #MeToo movement continues to sweep the country -- toppling titans of business, Hollywood, the media and a handful of lawmakers on Capitol Hill -- a growing number of Democrats think Congress should lend a voice to Trump's accusers if their party controls the House next year.

"I think it would be most appropriate," said Rep. Steve Cohen (D-Tenn.), among the handful of Democrats who's pushing to impeach Trump.

"I mean, this is the most unusual circumstance that you have a president with over a dozen accusers of sexual harassment occupying the most prestigious position in the country."

Long-dogged by accusations of sexual misconduct, Trump this month fueled the controversy surrounding his past when he suggested that two former senior aides, Rob Porter and David Sorensen, were unfairly treated after allegations surfaced that both men had abused their former-wives. Trump suggested the aides were convicted in the court of public opinion without the right to self-defense. Both were forced to resign.

There's a lot that the Democratic Party can promise in November. I think the corruption that Trump has encouraged will continue to snowball and become the symbol of his ineptitude as far as actually leading the Federal Government is concerned. How is it that Pruitt, Zinke, and Carson still have jobs, to name a few? Given the turmoil of the last year, how could you not make a huge issue out of the fact that numerous cabinet officials have been blown out the door for corruption and graft?

You have to make people appreciate good government again. You have to convince the American people that you can clean up a lot of the existing messes through oversight and compliance. That's a tall order--the Trump regime still has a lot of power. But if the Democrats take over the House and Senate, and can demonstrate they have a clear mandate to check Trump's power, 2019 will be a year of accountability.

It's not enough to oppose Trump. It should be the central organizing principle of Democrats everywhere to check his power, stop the corruption, and ultimately remove him from office. Giving his victims a platform will help accomplish that, especially if these women can actually be heard.