So Tired of All the Winning 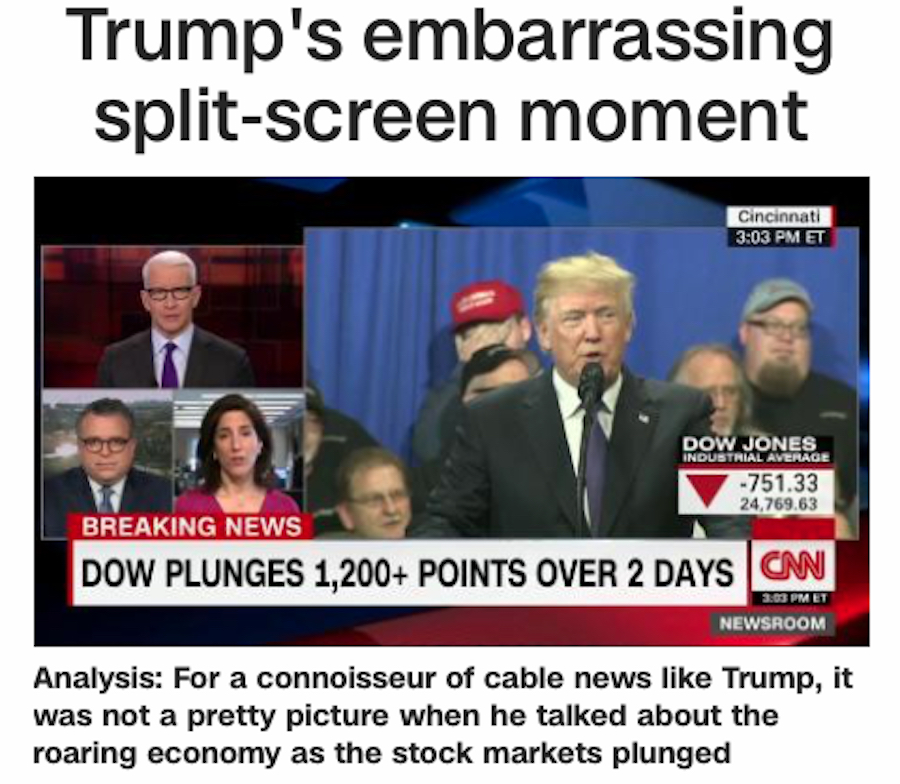 People who are smart about our economy know that the stock market is not, in fact, the entirety of our economic situation. There are numerous other indicators that are worth following. But for a fool like Trump, all that matters are big numbers and rising profits:

For a connoisseur of cable news like Donald Trump, it was not a pretty picture.

As the President touted his economic agenda in Ohio on Monday, his face stared out of millions of television screens next to blaring red graphics and yellow numbers whirling like the reels on a slot machine, telling the story of a full-bore stock market plunge.

For any president, the split screen moment showing an apparent disconnect between his message of a roaring economy and hemorrhaging equities would be a little embarrassing.

But for Trump, who has constantly boasted about almost daily record highs on Wall Street since his election and told Americans that he alone is responsible for their healthy 401(k) balances, the mismatch was even more pronounced.

Even the President's favorite news source, Fox News, was the bearer of bad tidings for Trump, with a banner reading "DOW, S&P turn negative for the year."

Yeah, what this really means is, "you'd better vote for a Democrat this fall if you want to have an economy at all." The current Trump Regime is hell-bent on destroying everything President Obama accomplished, which was a stable, functioning economy that received no assistance at all from obstructionist Republicans in the Senate.

Democrats govern. Republicans wreck shit and run away. What more do you need to know?