Russian Meddling Was Not a Hoax After All 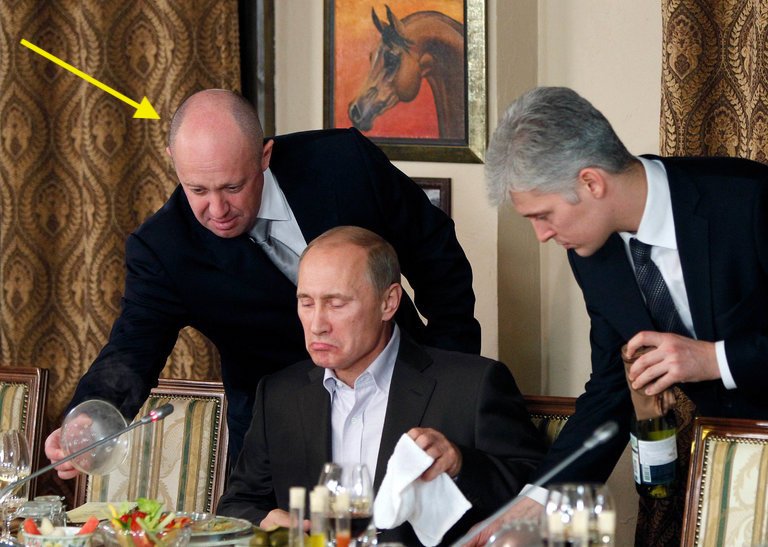 Yevgeny V. Prigozhin, left, serving dinner to Vladimir V. Putin in Moscow in 2011, when Mr. Putin was prime minister. Mr. Prigozhin has emerged as Mr. Putin’s go-to oligarch for sensitive and often-unsavory missions like the troll factory — called the Internet Research Agency — or recruiting contract soldiers to fight in Ukraine and Syria. [/caption]

Today's news laid something completely and utterly to rest. The idea that Russian meddling was a hoax is now dead and buried. Everyone who has ever argued otherwise was proven wrong today, but I am assuming they are still wriggling their way out of being held accountable:

Special Counsel Robert Mueller and his prosecutors haven’t concluded their investigation into whether President Donald Trump or any of his associates helped Russia interfere in the 2016 election, according to a person with knowledge of the probe.

Friday’s indictment of a St. Petersburg-based “troll farm” and 13 Russian nationals should be seen as a limited slice of a comprehensive investigation, the person said. Mueller’s work is expected to continue for months and also includes examining potential obstruction of justice by Trump, said the person, who requested anonymity to discuss an investigation that is largely confidential.

A federal grand jury indicted the Russians for what it alleged was a vast scheme to interfere in the 2016 election and help Trump win. But Deputy Attorney General Rod Rosenstein said at a news conference Friday that there is “no allegation in this indictment that any American was a knowing participant” in the alleged scheme.

No allegation "in this indictment" is some very nice lawyerly talk, isn't it? And, of course, all of this is for show. It is meant to demonstrate that there is a very real threat out there to our current elections and that Russia's efforts exist in our day-to-day life.

Trump is president in no small part due to the fact that these newly-indicted Russians helped put him in office. I have argued that Russia has seized the office of the presidency, and that this constitutes an act of war. If Trump is proven to have been even remotely willing to participate in this activity, he is guilty of helping an enemy overthrow the government of the United States of America.

Trump's treason can no longer be dismissed as a liberal hoax.