Imagine if a Democrat Were President Right Now 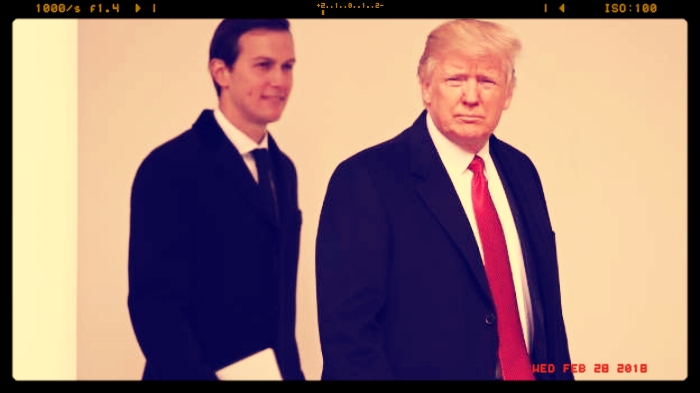 There's a little game that I like to play called "if a Democrat was president right now, everything would be shut down and the media would be having a meltdown." It centers around the fact that if this story was happening while a Democrat was in the White House, our nation would be paralyzed and at a complete standstill:

A volley of stunning revelations over Jared Kushner and the Russia probe are rocking Donald Trump's inner circle and suggest a pivotal moment is at hand in the West Wing personnel wars that have raged throughout his presidency.

First, it emerged Tuesday that chief of staff John Kelly downgraded the top secret security clearance for the President's son-in-law in a bid to clear up a scandal over whether top administration players are qualified to access the most sensitive intelligence.

Then, The Washington Post published a bombshell report that at least four countries had discussed how to use Kushner's sparse experience, financial troubles and intricate business arrangements to manipulate him.

In Trump World, it's just another day at the office, albeit, an office replete with boobs and idiots. Everything the Republicans said and did while President Barack Obama was in office was wrapped around the noble idea that one branch of government should check the power of another branch. They spent millions investigating phony scandals. Nowadays, they hide from microphones and their constituents, trying to find a way to retire in place.

If a Democrat was in the White House and if just one tenth of what has happened to Trump had happened to them, the media and the Republicans would be howling for blood and retribution. Trump is the biggest failure as president in American history, and you would think it was just business as usual around this country.

I will never be able to understand our current situation. The hypocrisy is enough to make you want to scream. The juxtaposition of a scandal-free eight years of competent governance under Obama compared to just 13 months of Trump is enough to make you wonder what we did to deserve this. But, relax. You will never have to listen to another Republican lecture you about family values, national security, or the rule of law ever again, not without being justified in laughing in their face.