Has Trump Ever Hit Melania? 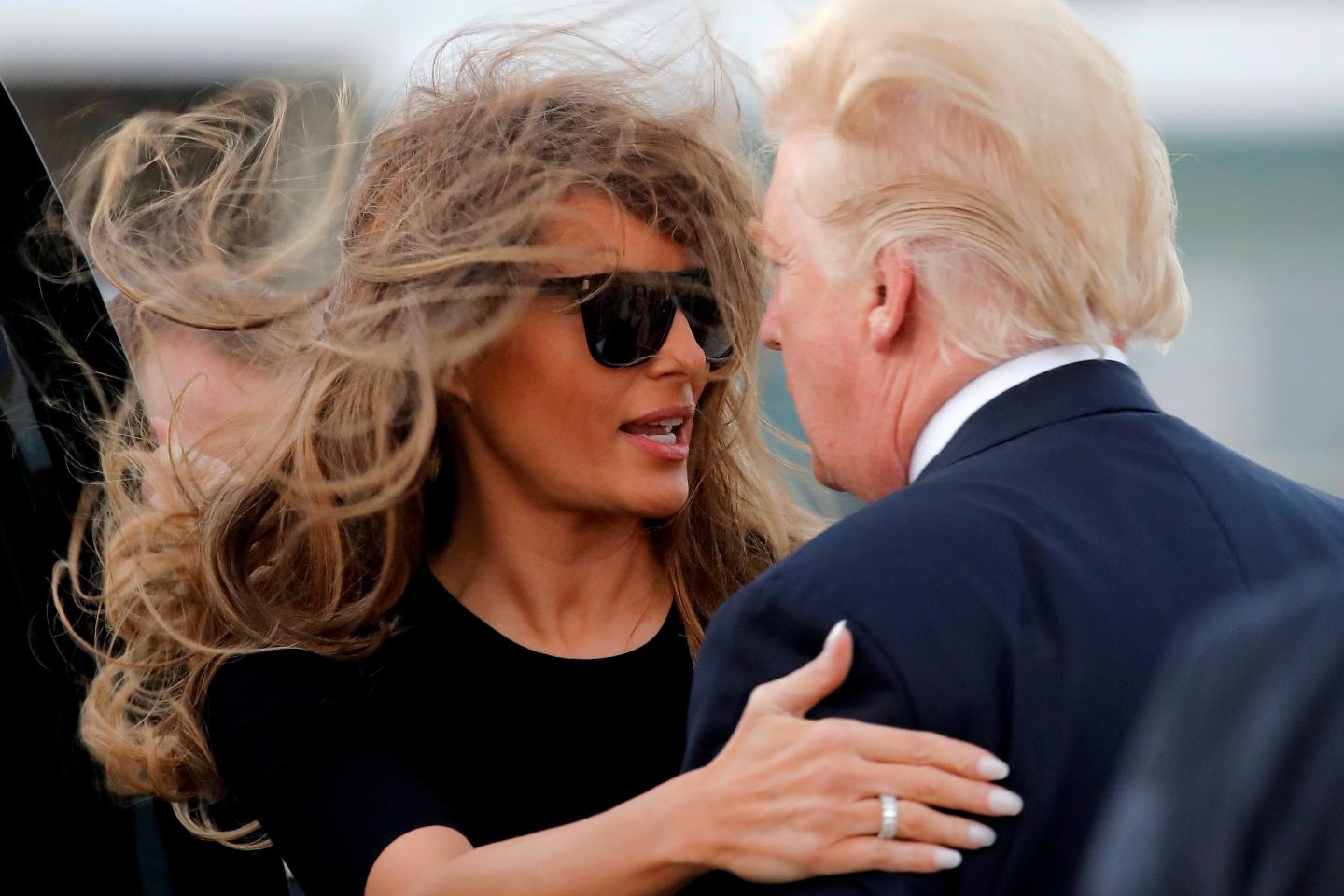 Everywhere you look, there are scandals. The Trump White House is falling apart, the Special Counsel is getting closer, and now the media is openly speculating about what's going on in Melania Trump's marriage to the president:

In an article published this week in The New Yorker, reporter Ronan Farrow describes an extramarital affair President Donald Trump allegedly began in 2006 -- a few years into his marriage to Melania Trump and not long after the birth of their son, Barron.

The alleged affair involved Karen McDougal, a former Playboy Playmate. An eight-page letter obtained by Farrow and outlined in the article details the alleged liaison; the piece describes a string of others alleged, and refers to Trump's use of "clandestine hotel-room meetings, payoffs, and complex legal agreements to keep affairs -- sometimes multiple affairs he carried out simultaneously -- out of the press."

The White House, of course, says it's all a bunch of "fake news." But what we really want to know is: What does Melania say?

One imagines that a wife would take note and react, and indeed Melania Trump was perhaps doing that in some way when she drove separately, ahead of President Donald Trump, en route to Marine One to leave with him for a trip to Florida this weekend.

Democrats should feel very comfortable with the idea that Melania is planning to either divorce Trump or move back to New York City and live separate from him until someone can finally throw him out of office. If you lived through the 1990s, you know that it would be irresponsible not to speculate about the private lives of the President and First Lady. Hell, look at how many books it all sold. Trump will never change, so why would his actions be any different now as opposed to twenty or thirty years ago? The man does not evolve.

The real question is, who will step in and protect Melania if Trump is hitting her? Who will allow her to escape from him? Is there a Secret Service protocol for spousal abuse for individuals under their protection?

Given that Trump believes a man should be forgiven for hitting his wife if he denies it, why is it wrong to ask him in a press gaggle if he has ever hit his own wife? Get him on tape denying it. The media could do a lot worse than suggesting that Melania is a battered wife in a loveless marriage with a man who is desperate to cheat any way he can, especially if Trump's answers contradict the facts.