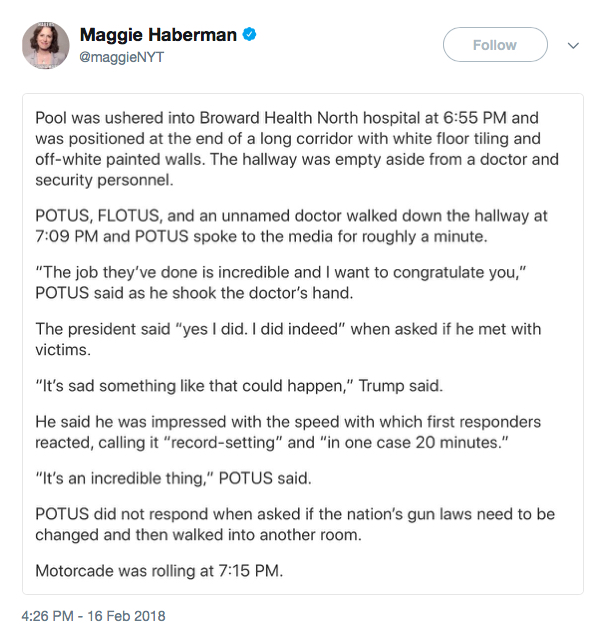 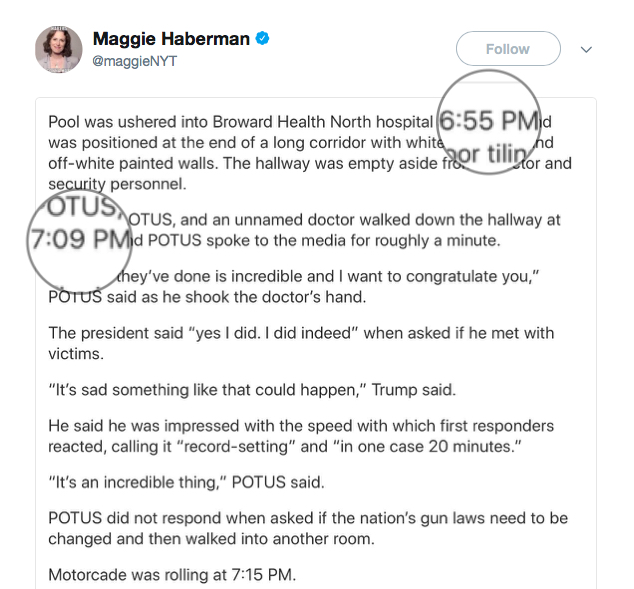 From 6:55 PM to 7:09 PM, what exactly did he do? He went to Broward Health North Hospital to console the victims of Thursday's shooting in Parkland, Florida. It's entirely possible that not all of the victims are being treated at this hospital, but it is absolutely stunning to me that he spent fourteen minutes with the victims, a minute with the media, and was on his way out of there in exactly twenty minutes: 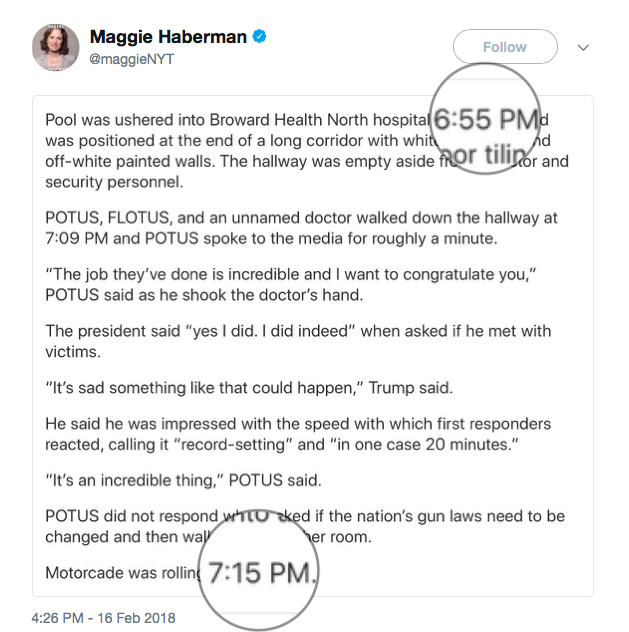 Apparently, no one is buying what he has to sell in Florida.