Flip All the Cars 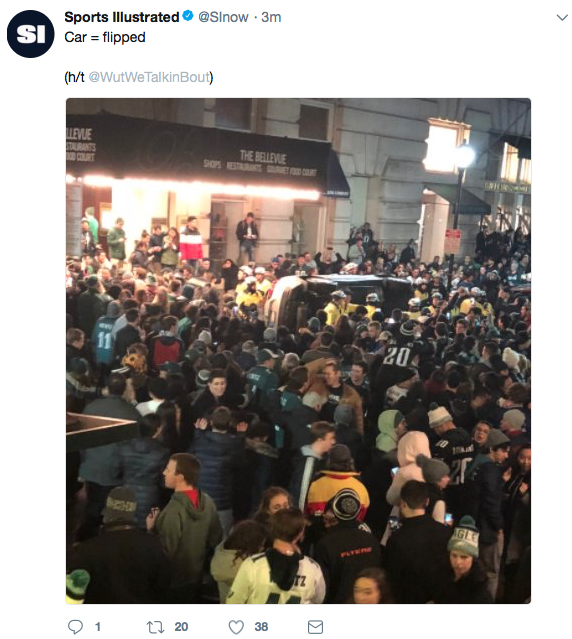 Tonight, all over the City of Philadelphia, people are celebrating their first Super Bowl victory. If a few fans were to get out of hand and flip cars, who's to say it wasn't the work of a handful of really rowdy Bills fans? Or maybe some Steelers fans who got lost on their way home and decided to get a little crazy?

When the Eagles won the Super Bowl, it felt to me like something in America shifted once again. In order to excise the demons, maybe a few cars need to be flipped. Maybe some poles doused with hydraulic fluid need to be climbed. Maybe some folks in faded green jerseys who haven't had anything to hope for need to get out there and celebrate.

America is still full of demons, and they need to be chased away.

I wouldn't burn everything down, though.