Trump Tells the Press to Leave 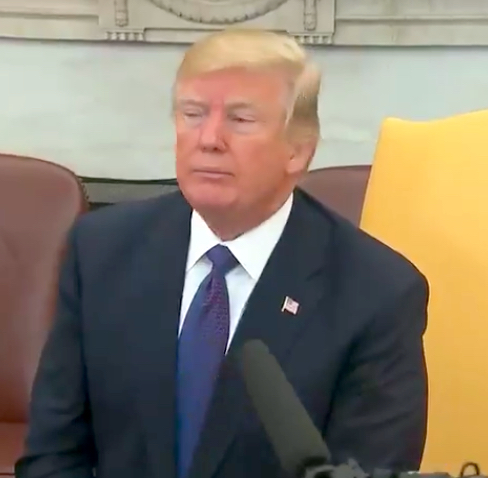 The autocrat gives orders, and the press is suppressed once again:

Asked if he wants more immigrants to come from Norway, President Trump says he wants them "to come in from everywhere."

He then directs the press to leave: "Out." pic.twitter.com/NXqp6rZ4c4

It's as if he thinks he "owns" the White House and that he "owns" the presidency. No one has ever been able to explain to him that he is not a dictator and we have a free press in this society that is going to ask him uncomfortable questions. The Trump regime is happy to use the media when it suits them. They are happy to leak information and manipulate public opinion. But when someone asks them something unpleasant, the answer is clear.

Who the hell does he think he is?