Trump is Turning His Followers Into Weapons 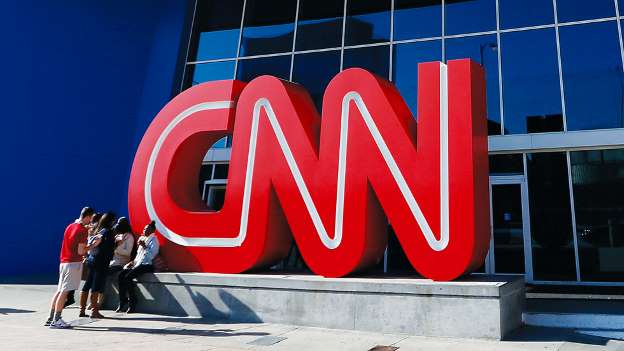 Where would we be right now if this jackass had followed through on his threats?

The FBI launched an investigation after the man, who is unnamed in the CBS report, reportedly called CNN 22 times about a week ago.

"Fake news. I'm coming to gun you all down," the man told a CNN operator, according to court documents obtained by WGCL-TV.

He allegedly later called CNN again, saying, "I'm smarter than you. More powerful than you. I have more guns than you. More manpower. Your cast is about to get gunned down in a matter of hours."

"I am coming to Georgia right now to go to the CNN headquarters to f---ing gun every single last one of you," he said.

Trump didn't make this guy an asshole, nor did he make him mentally deranged. What Trump has done is much worse--he has allowed his unhinged public commentary to overwhelm every norm of public discourse. He has created an unfiltered, uncontrollable rage that animates the lives of people who feel connected to his fascist mindset. Trump routinely says things that no normal president would ever say in public or on purpose. He has weaponized his followers, using their unmoored tendencies to become his local mob.

The mob is looking for a riot right now, and for a meeting between the spark and the gas can.

They have been unleashed in places like Charlottesville and at his campaign "rallies." The abuse hurled at the media is shocking in a Western democracy. Does Trump care? Of course not. He thinks he's still in Manhattan, trying to score some cash off of some rubes. He has never cared where all of this is headed. When a gunman shoots people in this country, Trump doesn't care if he inspired the guy or not. All he cares about is whether they are talking about him and showing his picture on the news.

This is the endless loop that plays in the waiting room in hell, by the way.