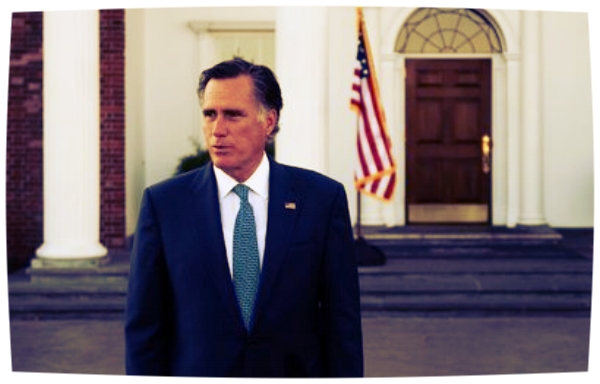 Here's the plan for Mitt Romney.

2. Use it as a springboard for running for President in 2020.

Romney’s direct role in Trump’s ascent was modest but telling. He didn’t just accept the Trump imprimatur in his campaign against Barack Obama; he flew to Las Vegas to have the endorsement bestowed upon him, issued some flattering words about his endorser’s awesome business acumen and essentially averted his eyes from the conspiracy theories about President Obama’s origins that Trump was then enthusiastically peddling.

Like most prominent Republicans at the time, Romney no doubt assumed that the fever swamp stuff didn’t need to be attacked, that it would evaporate once the G.O.P. won back the White House. But instead the fever swamp stuff helped hand the G.O.P. to Trump himself, and the birther’s grip-and-grin with an uncomfortable Romney was a small but notable milestone on that path.

Anyone who seriously believed that a Republican was going to beat Hillary in 2016 was delusional, so I don't know how Ross Douthat could write that and get it past an editor. There were no serious contenders for the GOP nomination; there was no chance that Hillary, with a solid American economy behind her and the overwhelming support of the Democratic establishment, was going to lose unless someone put their thumb on the scale.

Well, that's exactly what happened. Thanks to Russia, the media, and Bernie Sanders, the thumb was just heavy enough to make the person who won by 3 million votes lose. Mitt Romney is not a political genius. He's the proprietor of Romneyshambles, Inc. He and his sons will embarrass themselves on the national stage, falling over themselves and saying embarrassing things about the 47% and binders full of women, and they will fail to win the presidency. If Romney isn't all over Utah in a month, visiting every rotary club and every run-down meeting hall in the state, he will be seen as diffident and inevitable. Turnout will be moderate, at best, just like his tepid support. If you want to run for the Senate, you have to glad hand your way through the gaping maw of Boredom Falls and Bumfuck Springs.

If Romney can't even win a Senate seat from Utah, what the hell is this world coming to? He has less than a year to do the hard work of organizing a one car parade; bet on him to screw it up.

Notice how I got through this entire post without saying Mormon? I've never attacked Romney for his religious views, and I don't believe that has any bearing on my argument that he is a terrible politician and a horrible campaigner.