The President's Doctor Has No Credibility 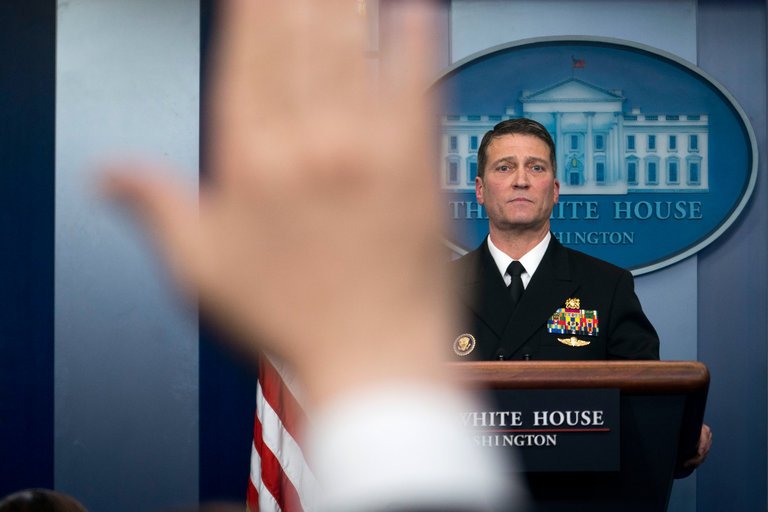 I want to take on two issues at once. First, Dr. Ronny Jackson's presentation yesterday left the Internet howling in derision. How can a man as plainly obese as Trump be in "excellent" health? The New York Times has an article about Trump's cardiovascular health and it demonstrates pretty clearly that there is cause for concern. Second of all, can we really criticize a flag officer in the military for providing his assessment of something as basic as the president's health? Of course we can.

Cardiologists not associated with the White House said Wednesday that President Trump’s physical exam revealed serious heart concerns, including very high levels of so-called bad cholesterol, which raises the risk that Mr. Trump could have a heart attack while in office.

Dr. Ronny L. Jackson, a rear admiral and the White House physician, said Tuesday in his report on the president’s medical condition that Mr. Trump was in “excellent” cardiac health despite having an LDL cholesterol level of 143, well above the desired level of 100 or less.

Dr. David Maron, the director of preventive cardiology at Stanford University’s medical school, said Wednesday that it was alarming that the president’s LDL levels remain above 140 even though he is taking 10 milligrams of Crestor, a powerful drug that is used to lower cholesterol levels to well below 100.

Dr. Maron said he would “definitely” be worried about Mr. Trump’s risk for having a heart attack if the president were one of his patients. Asked if Mr. Trump is in perfect health, Dr. Maron offered a blunt reply: “God, no.”

Other cardiologists also disputed Dr. Jackson’s rosy assessment of the president’s heart health. Several said Mr. Trump’s goal should be to get his LDL below 100, or even under 70. He has a real risk of having a heart attack or stroke, especially considering his weight and lack of exercise, they said.

This right here destroys Admiral Jackson's credibility. Clearly, the facts support the idea that Trump has a poor diet, high LDL cholesterol, and does not exercise as much as he needs to. For the Admiral to say that Trump is in "excellent" health numerous times smacks of someone following orders, not someone giving a clear, unbiased medical assessment.

How "excellent" does this look to you? 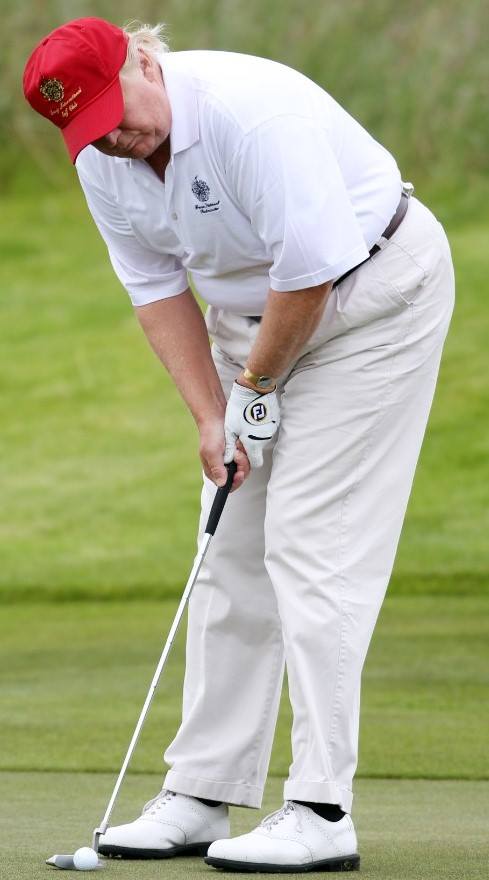 Second, shouldn't Dr. Jackson, a rear admiral, be above reproach?

Well, answer me this. Would you put it past the people around Trump, and Trump himself, to order someone to lie on their behalf? The entire structure of the Trump White House is built around lies, witness tampering, collusion, and obstruction of justice. You're telling me that, within that vast, corrupt criminal organization, those around Trump left the assessment of his health up to chance? Please.

To put it bluntly, nobody working for Trump is going to let someone they can't control tell the American people that there's something wrong with the president.

There is a long, proud history of flag officers giving assessments about things that don't hold up under scrutiny. Every time I turn around, there's an example of it, and these cover lies far more serious than whether or not someone shaved thirty pounds off of Trump's waistline. There are three retired flag officers around Trump-Mattis, Kelly, and McMaster, and they routinely lie about everything under the sun to protect the political viability of the Republican Party's control over the government. The notion that Jackson wouldn't lie if told to do so is hard to swallow--I get that. No one wants to imagine that a senior officer in our military might not tell the truth.

I don't have any evidence that Admiral Jackson is lying, and I hope he is telling the truth. But the idea that we have to accept his statements without evaluating them and that we have to take them at face value is absurd. In this country, we have civilian control of the military for a reason--we are not beholden to military rank and to people in uniform. It's the other way around--they work for us. Questioning everything Admiral Jackson said is patriotic, and it will remain that way unless we surrender our country to despots and tyrants.