The Government Shutdown Reminds Me of Someone 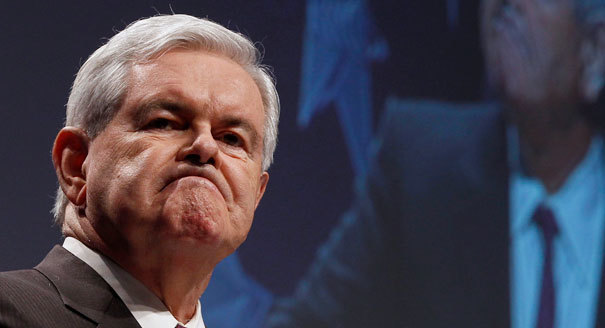 We are headed for a showdown this week:

Friday marks the one-year anniversary of President Donald Trump taking the oath of office, and unless lawmakers can eke out a deal in the coming days, it could also mark the first government shutdown under his watch, and under unified one-party control in Washington.

Trump declared back in May that the country “needs a good shutdown” to “fix mess,” and amid uncertainty that lawmakers and the White House can agree on a path forward on government funding, immigration, or health care, a shutdown is becoming a tangible possibility.

Between now and Friday, Congress and the White House will scramble to cut a deal on DACA, the Children’s Health Insurance Program (CHIP), and a continuing resolution to keep the government open. Should those talks fail, the race will be on to blame the opposing party for the ensuing wreckage.

Over the past few weeks, high hopes for crafting a long-term budget deal have evaporated, and lawmakers are instead cobble together the votes for yet another short-term package to keep the lights on—the fourth continuing resolution in four months. The bill put forward by the House would fund the government until Feb. 16.

“We should have had a budget by October of last year. This is outrageous,” fumed Sen. Ben Cardin (D-MD) to reporters Tuesday night.

“I am tired of making the men and women in the military suffer because of stupid politicians,” he said. “Those who designed sequestration, I think, have blood on their hands.”

Extremists in Congress are driving this fight, and all of them self-identify as Republicans. This week, we will have proof positive that, once again, when you hand the government over to the Republicans and let them control all three branches of government, all you get is chaos and confusion.

It's an election year. Every indication we have is that there is a Blue Wave of Democrats coming. Virtually every elective office will be contested, even in the reddest of states. We just flipped a Senate seat in Alabama. Democrats are winning all over the map. The dumbest thing that the GOP could do this year is demonstrate that they are unfit to lead and govern. And the Republicans are saying, "hold my beer."

Gingrich was the third most powerful man in America in the mid-1990s, if not as powerful as President Bill Clinton. He was swept into power with the promise of reforming Congress and the entire Federal government. He had a Contract With America. He and his party won a whopping 54 House seats in the 1994 elections. Everything was going his way.

And then, do you know what happened? Newt Gingrich was revealed to be a massive fraud and an ethically-challenged douchebag. Why the Republicans would want to replicate all of this right now is beyond understanding. This whole year has been incomprehensible. What do they think will happen when they start bleating about the ethical improprieties of anyone after Trump and his criminal regime are swept from power? I assume they'll dump the entire Trump era into a massive memory hole. Nothing else would make sense.

I fully expect a certain kind of person to become extinct in a few years. Soon, you won't be able to meet a single individual who remembers voting for and enabling Trump. They simply won't recall, and damn you for bringing up something so rude.