Steve Wynn is a Freaky Douchebag 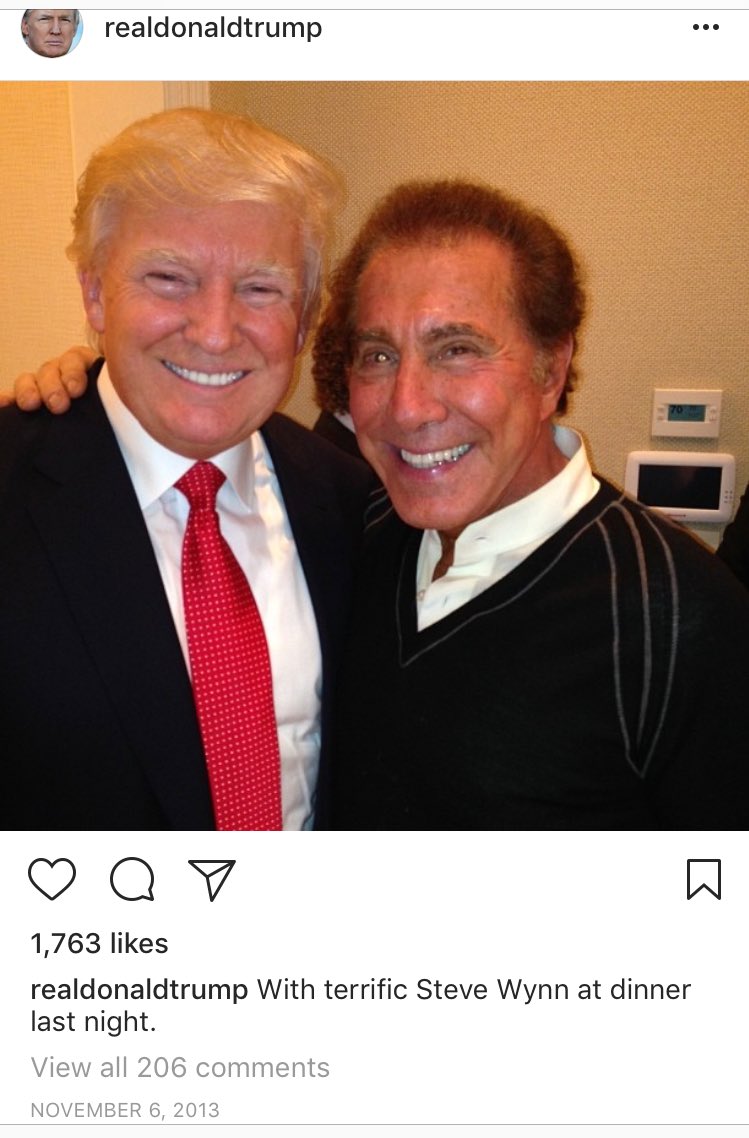 Every time you turn around these days, there's a Republican who is acting like a sex-crazed pervert:

When Harvey Weinstein was accused of sexually assaulting women nearly four months ago, Republicans called on Democratic lawmakers and committees to return contributions from the Hollywood mogul and major donor.

Now the GOP is being forced to answer for its own scandal-engulfed donor and fundraiser: Steve Wynn, the Las Vegas casino giant.

Immediately after The Wall Street Journal detailed decades' worth of sexual misconduct allegations from women who worked at Wynn's casinos, Democrats began insisting that Republicans -- and the Republican National Committee, where Wynn is finance chairman -- return Wynn's cash. Wynn has denied the allegations.

"Since he is finance chairman, shouldn't they have to give *all* the money back they've raised since he has been there?" Alixandra Lapp, the president of a super PAC that backs House Democrats, tweeted.

When Democrats discover a rat in their midst, they get of him and take a huge hit in the media. Every idiot with a platform wrings their hands and says, "well, this is the end of the Democratic Party" and blah blah blah.

When a Republican get's caught doing this, it's a day ending in 'y' and, before you know it, there's a new one who is revealed, and you can't keep up anymore.

If you have a way through the Wall Street Journal's pay wall, you can read about Wynn here. I apologize for not being able to bring you some of the material. What I've seen is enough to leave me wondering what the hell is wrong with these people and why haven't we dealt with this sooner.