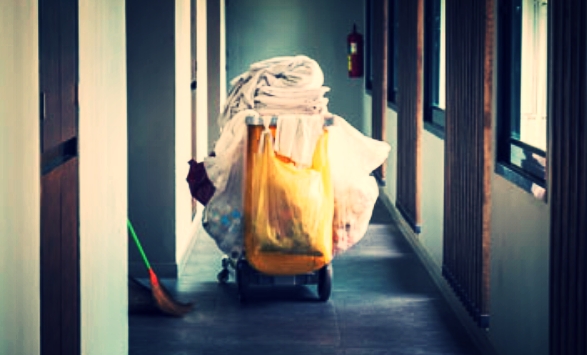 It is not a good idea for multi-billion dollar companies to outsource the security of their guests to the people who clean hotel rooms.

At some hotels in Walt Disney World, “Do Not Disturb” signs have checked out for good.

Walt Disney World (DIS) has removed the signs from the four hotels located on the Monorail loop that connects with the Magic Kingdom theme park: Disney’s Polynesian Village Resort, Disney’s Grand Floridian Resort & Spa, Disney’s Contemporary Resort and Bay Lake Tower. The company also told the publication that it is considering whether to extend the new procedures to other hotels as well.

As part of the new policy, guests at these locations can now use “Room Occupied” signs. Doing so does not preclude maintenance or housekeeping staff from entering. In fact, guests are now informed that Disney staff will now enter rooms at these properties daily. If guests are not comfortable with Disney staff going into their rooms when they are gone, the company will coordinate with those people on an individual basis, the Orlando Sentinel reported.

The new policy appears to be a response to the October shooting in Las Vegas that killed 59 people and injured more than 500, according to the Sentinel. In that incident, the gunman, Stephen Paddock, shot at a crowd gathering for a concert from his room on the 32nd floor of the Mandalay Bay Resort and Casino.

Paddock had stored thousands of rounds of ammunition and multiple firearms in his room prior to the incident, evading notice from hotel staff by using a “Do Not Disturb” sign. Multiple hotels in Las Vegas have also revised their “do not disturb policies” in response to the shooting, including The Orleans Hotel and Casino on the Strip, according to KVVU, a FOX affiliate in Las Vegas. Guests are informed at check-in of the rule change.

Disney declined to provide additional comment to MarketWatch, but confirmed that the details of the Orlando Sentinel’s report were accurate. While the company did not tell the Sentinel whether the Las Vegas shooting played a role, it did say that the decision was prompted by factors including safety.

If something bad happens, are they going to blame housekeeping?

Seriously, if you think you might have a problem on your property with a guest setting up a sniper command post with thousands of rounds and multiple firearms, you're not going to solve it by removing Do Not Disturb signs and forcing some poor housekeeper to analyze the tactical situation and call for backup.