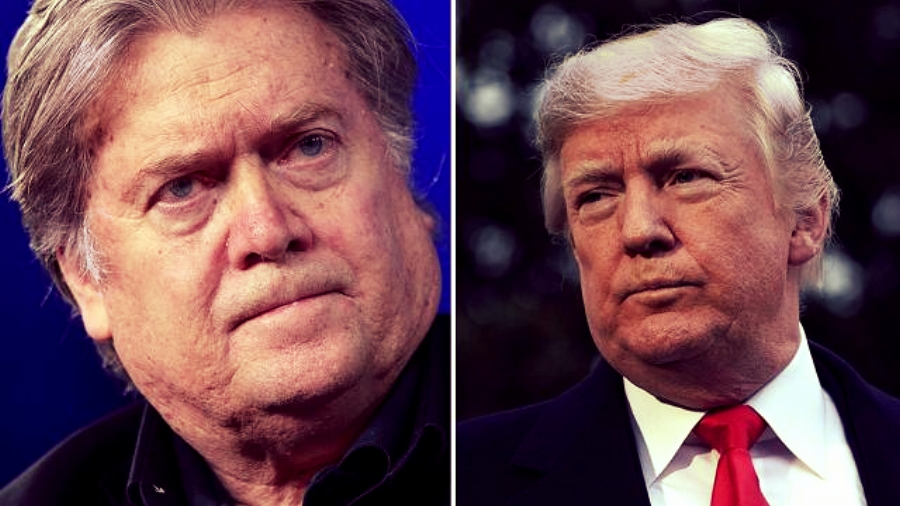 I had to read this three times to make sure it wasn't satire. It's not from The Onion. It's an actual article from The Hill and it's real:

President Trump’s lawyers sent a cease-and-desist letter to former White House chief strategist Stephe Bannon Wednesday ordering him to refrain from making “disparaging statement” about Trump and his family, according to a new report.

The letter to Bannon also states that “remedies for your breach of the agreement include but are not limited to monetary damages.”

Harder is a well-known entertainment lawyer who previously represented Hulk Hogan in his case against Gawker Media, which Hogan won and ultimately led to Gawker filing for bankruptcy.

In a week full of crazy twists and turns, all I have to say is "wow."

Trump actually believes the bullshit his lawyers tell him. No wonder everything is burning down around him.