Are We Are a Banana Republic Now? 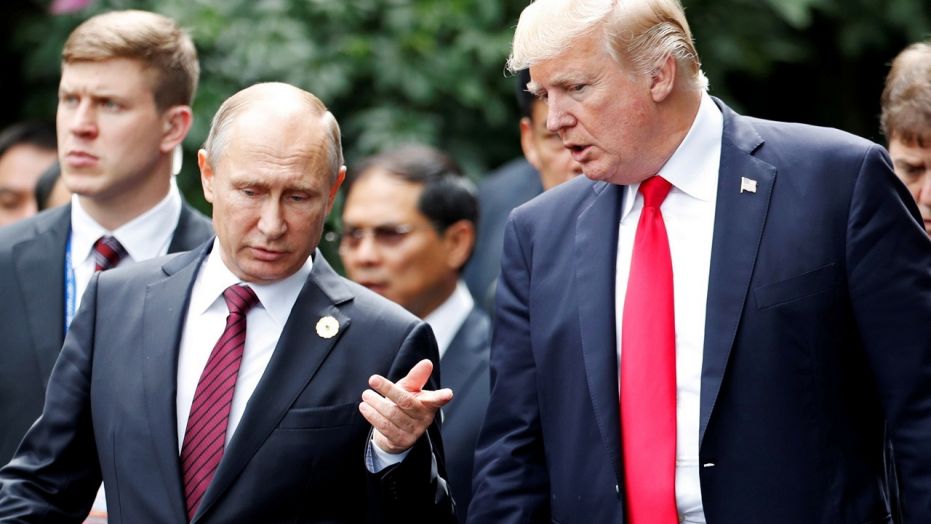 The Congress has passed legislation that imposes sanctions on Russia. The president signed that law after it was passed through both houses of Congress.

This is the law of the land. This is actual law on the actual books that would normally be implemented and carried out. This is a real thing printed on paper. It exists. And yet, it does not.

Today, the Trump Regime declined to carry out the law:

“When the Congress voted for this, the whole point of it was to slap sanctions on these Russian companies that interfered with our election and are doing all kinds of other things,” Rep. Eliot Engel (D-N.Y.), the ranking member of the House Foreign Affairs Committee, told The Daily Beast in an interview. “The legislation itself is not a deterrent if you don’t put teeth behind it. And the teeth behind it are the sanctions.”

Monday’s episode marked the latest chapter in a months-long tug-of-war between Capitol Hill and the White House over a sweeping sanctions law that the administration, critics contend, has refused to fully implement and has dragged its feet in doing so. Congress felt it had forced the president’s hand with the passage of CAATSA by supermajorities in each chamber. A provision of that law required the administration to brief lawmakers on Monday about its efforts to sanction foreign governments and other entities that were continuing to do business with Russian defense and intelligence firms that the State Department publicly named in October.

On Monday afternoon, administration officials gathered with senators on Capitol Hill to detail their plans for implementing the sanctions. The session was clouded in secrecy, with lawmakers refusing to reveal details that would potentially compromise confidential information.

But as those briefings wrapped up, State Department spokeswoman Heather Nauert released a statement saying the administration determined that new sanctions were not needed since it was estimated “that foreign governments have abandoned planned or announced purchases of several billion dollars in Russian defense acquisitions.”

Basically, a law passed by Congress and signed by the president is nothing at all. It was passed with "supermajorities?" Really? What good are supermajorities if no one acts to limit Trump's power? They are meaningless. Is someone going to act? Is someone going to realize that they serve the Constitution and not a third rate real estate developer with a penchant for blondes and tyranny?

There is no "tug-of-war." The Republicans have decided that the law means whatever Trump says it means. We now live in a country where Trump will be president as long as he wants and everyone around him is now complicit in the sheer and utter destruction of American democracy.

How long will this last? The next Election Day? Please.