Anyone Who Serves This Man is Complicit 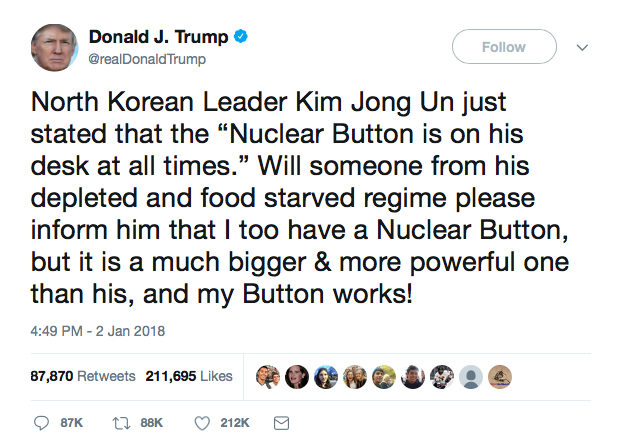 Add this tweet to the pile. Not only is John Kelly terrible at his job (which is to keep Trump from doing crazy shit), but so is H.R. McMaster. These two men should have taken Trump's goddamned phone away months ago. There should be a red line--make a public pronouncement this crazy, and we will invoke the 25th Amendment.

For Kelly, McMaster, Mattis and whoever--there is no red line. They are complicit in a crime against this republic. They are complicit in the worst thing you can imagine--a madman is now President of the United States. Their inability to act decisively means that the safety and security of every American citizen, at home and abroad, is in the hands of a Goddamned nut job. You can't read this tweet for fun--there are millions in the path of destruction. You can't dismiss this as posturing--the posture of it is of a man howling into the ether and throwing his own shit at a mirror. You can't wish it away. We need men and women of conscience and virtue to sit around a table and decide, once and for all, to remove Trump from power via the 25th Amendment.

I mean, holy hell, people. You got your tax cut. What are you waiting for? A bum fight over the nuclear football in the dining room at Mar-A-dang-Lago?

I don't mean to be a downer, but we are so utterly fucked.