Another Distraction From the Real Scandal 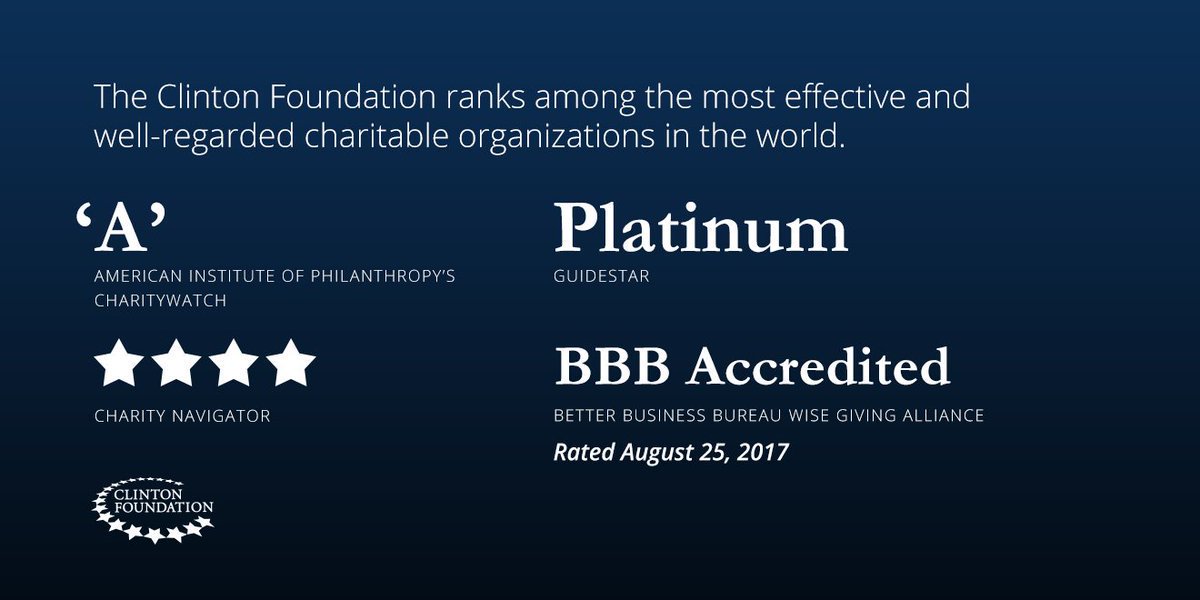 I have a feeling that everyone is going to waste their time waiting for someone to discover that, once again, the Clintons didn't do anything wrong:

The Justice Department has launched a new inquiry into whether the Clinton Foundation engaged in any pay-to-play politics or other illegal activities while Hillary Clinton served as secretary of state, law enforcement officials and a witness tells The Hill.

FBI agents from Little Rock, Ark., where the foundation was started, have taken the lead in the investigation and have interviewed at least one witness in the last month, and law enforcement officials said additional activities are expected in the coming weeks.

The officials, who spoke only on condition of anonymity, said the probe is examining whether the Clintons promised or performed any policy favors in return for largesse to their charitable efforts or whether donors made commitments of donations in hopes of securing government outcomes.

I love the fact that none of the right context is used here. The Clinton Foundation is a highly rated charity that takes the money that comes in and transforms it into good deeds elsewhere. How can you have "pay-to-play" politics when the pay goes to numerous good causes, not the least of which are to help people with opioid addiction and to help people with AIDS?

How many times have you seen this in a breathless news article?

The officials, who spoke only on condition of anonymity

I'll bet you a million bucks this equates to "some Republicans said this and told us we couldn't identify the fact that they have a clear bias against the Clintons and are only interested in planting a negative news article about Bill and Hillary in the media because we're fucking idiots who fall for it every time."

After untold numbers of Clinton "scandals," you're telling me this is the one that's going to stick? Come on.