You Don't Want Al Franken Mad At You 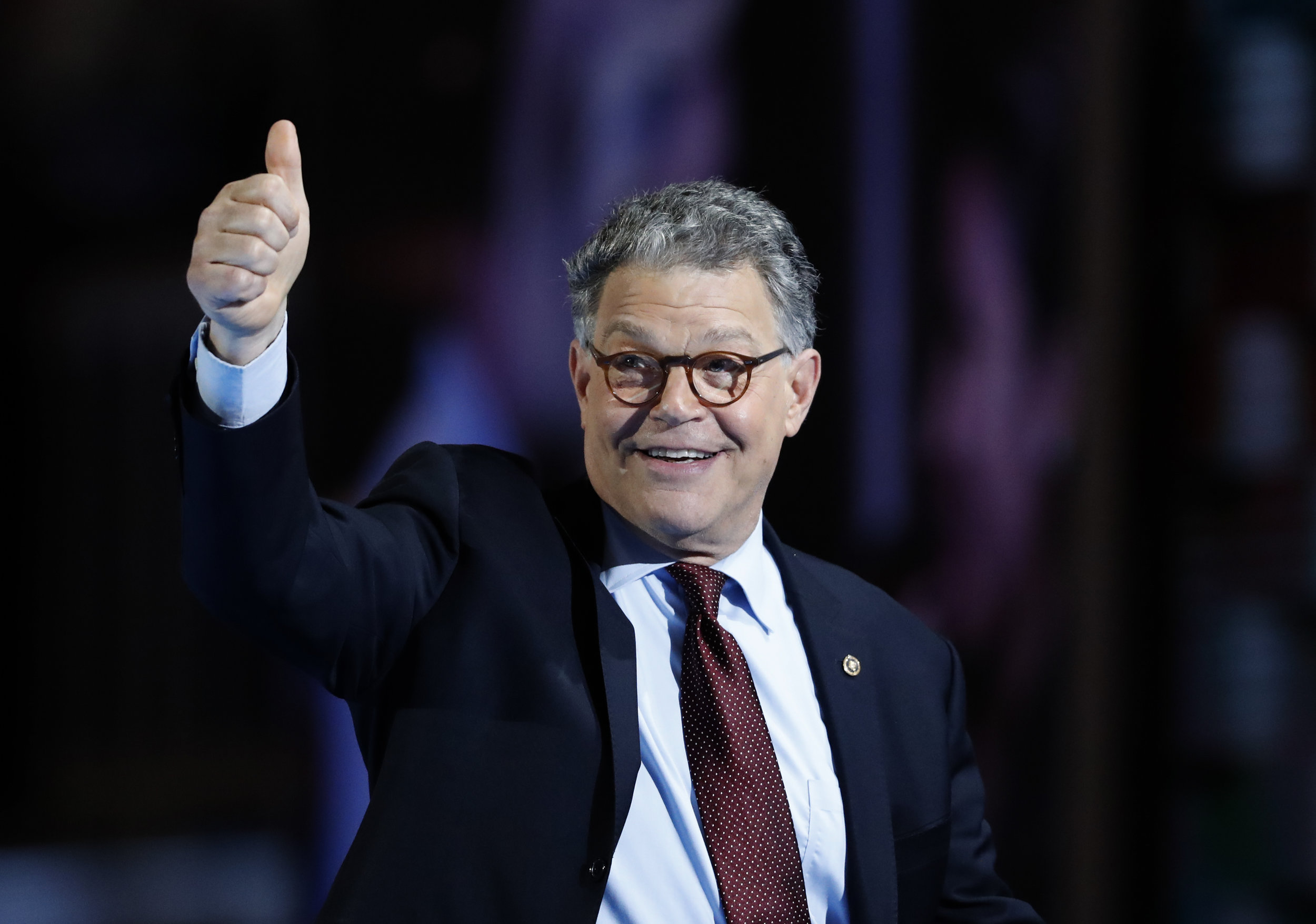 It was a tragedy when Paul Wellstone was killed in a plane crash. It is not a tragedy equal to that to see Al Franken being told to get out of Dodge and head back to private life. Wellstone's death may have propelled Franken into the Senate but it was a lack of character and self-discipline that drove him out. I come down on the side that says "you really should have grown up" and "what did you think your enemies were going to do to you?"

If you're in public life and can't keep your Goddamned hands to yourself around women, do us all a favor and leave now. This is really getting to be too much.

The fact that Chuck Schumer twisted the knife today should tell you two things. One, they're looking forward to seeing who Minnesota Governor Mark Dayton chooses to send to Washington and, two, Franken is expendable:

For those who say that the Democratic Party is weak and caving to public sentiment I say, yes, but welcome to a world where we can now define every sitting Republican lawmaker with a tendency to get handsy as being a predator and unfit for office. Welcome to the moral high ground. Welcome to the party that believes women because we're going to need them in every election going forward. Welcome to the beginning of the end of Donald J. Trump because a consistent political party that can control its own caucus is one that can impeach any president anywhere.

Al is rich, talented, and young enough to figure out how to make the third act of his life a pain in the ass for his enemies. I wouldn't want him pissed at me. He has a talent for destroying hypocrisy. What he needs to do is solve his own issue, own what he's done, and free himself from the constraints of having to worry about re-election. He is a tremendous satirist and humorist, but he needs to grow up. The Senate prevents him from using the most lethal weapon he has, and that's the ability to write about the GOP in a way that reveals them to be the sick fucks they truly are.

The Democratic Party is strong, and it has momentum right now. Shedding Franken is no great loss, and the Senate Democrats know this. Once Franken quits, the focus goes on the Republicans.

Al's enemies are going to wish they hadn't said anything. Never anger a man who made a living out of making fun of people.

UPDATE: There is a lot of defiance out there, so let me add some points:

1. Al can't get re-elected in Minnesota. Him leaving now is good for Minnesota politics and for the Democratic Party as a whole. He's finished. Let's not be dead-enders.

2. The FBI should investigate whether or not Roger Stone was involved in any of this. Oh, wait--Roger Stone is already probably being watched by the FBI and is likely subject to a FISA warrant, which encourages him to only conspire with U.S. persons. He's already being surveilled in more than a handful of ways. If Franken comes out waving a report that says that all of this was coordinated by Stone, well, there you go. Game changer.

3. We don't know who Governor Mark Dayton will put in Franken's seat. My guess is, it'll be someone with strong enough credentials to ease the sting of all of this.

4. There are no indispensable people. The Democratic Party is not a cult of personality.